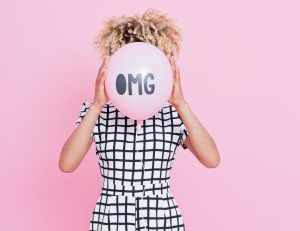 The Trump administration plans to use resources of the Justice Department’s civil rights division to investigate anti-white bias in affirmative action admissions policies of colleges and universities, The New York Times reports.

“The project is another sign that the civil rights division is taking on a conservative tilt under President Trump and Attorney General Jeff Sessions. It follows other changes in Justice Department policy on voting rights, gay rights, and police reforms,” the Times writes.

The project, announced in an internal document that the Times obtained, is welcomed by Roger Clegg, a conservative who worked in the civil rights division under President Ronald Reagan.

“The civil rights laws were deliberately written to protect everyone from discrimination, and it is frequently the case that not only are whites discriminated against now, but frequently Asian Americans are as well,” he is quoted in the article.

Can you say All Lives Matter?

However, Kristen Clarke, president of the Lawyers’ Committee for Civil Rights Under Law, is quoted as saying that the civil rights division was “created and launched to deal with the unique problem of discrimination faced by our nation’s most oppressed minority groups.”

Civil Rights for Whom?

Many Times readers were outraged. One wrote: “Right. Because discrimination against white people is the pressing civil rights issue of our time.”

Another asked, “Is it possible to be more tone deaf to the real needs of this country?”

Another wrote, in part: “Tossing another bone to their base, with little or no effect on the real world.”

John King, president and CEO of the Education Trust, released the following statement in response to the news.

“Diversity benefits communities, schools, and students from all backgrounds, especially those historically underserved. This is a principle affirmed by the Supreme Court and well understood in the higher education sector and business world.

“I am deeply disheartened that the administration appears to be taking a hard line against efforts to increase campus diversity rather than focusing on addressing the persistent opportunity gaps facing students of color and low-income students.

“At The Education Trust, we’re working every day to bring issues of inequity and injustice that confront students from historically underserved groups to the forefront. Now is not the time to slow down on diversity initiatives or deter university leaders from doing the right thing for their communities, campuses and for our nation’s future prosperity.”