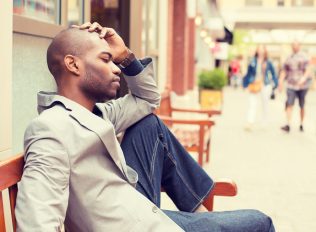 I just got off the phone with administrators from Bethune-Cookman University, the historically black college in Daytona Beach, Florida. We talked about, among other things, the post I’d written in response to a New York Times article that criticizes Bethune-Cookman’s affiliation with a for-profit law school. Since talking with Bethune-Cookman leadership, I’ve decided to look more closely into the situation.

But, let me say this clearly, first: For-profit colleges and graduate schools, including law schools, are–for the vast majority of people–an unmitigated disaster. Stay away from them like the plague–even if they offer you a full ride. Their degrees are worthless in the marketplace, asÂ studies have shown.

However, they are making some people very wealthy. So, if you want to help the 1% and put yourself in debt, attending a for-profit is definitely the way to go.

Now that Trump is in the White House, for-profits may be seeing their time in the sun again. After all, Trump had his own predatory for-profit, Trump University, which bilked students out of hundreds of thousands of dollars. Before moving to Pennsylvania Avenue, Trump settled out of court to the tune of $25 million. “The suits accused Trump U. of deceiving students by falsely claiming that Trump knew the instructors and that the school was an accredited university,â€ reportsÂ Politico.

Not that accreditation necessarily means that much, even in the nonprofit world, or furthermore, the for-profit world. Yet, with Trump in office and Betsy DeVos hiring officials from the for-profit sector (see below), things are looking very bright, indeed, for these institutions, but not very bright for any who would fall for their false promises, aggressive sales pitches, and amoral manipulations.

Congress has tried since the 1940s to curb predatoryÂ for-profit schoolsÂ that survive almost solely on federal money while they saddle students with crushing loans for useless degrees. As the industry’s scandals grew and its role in the student debt crisis became more excessive, the Obama administration established rules that could get the worst of these programs off the federal dole. But theÂ Education DepartmentÂ under its new secretary, Betsy DeVos, seems ready to undermine those regulations and let predatory schools flourish once again.

The department has hiredÂ two high-level officialsÂ from the for-profit sector – one of whom has sinceÂ resigned. The other is from a school, under state and federal investigation, that the Consumer Financial Protection BureauÂ finedÂ last year for duping students into taking out costly private loans.