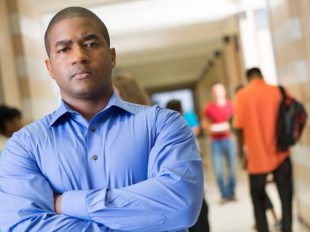 Additionally, the president has also overturned the accountability provisions of ESSA, or Every Student Succeeds Act. However, Education WeekÂ reports that states are already far along in meeting the requirements ESSA had already set for them. State plans are due either next month or in September. That will probably change after this year, since the Trump template requires much less of states.

Trump’s move scraps new requirements for programs that train new K-12 teachers and rolls back a set of rules outlining how states must carry out the Every Student Succeeds Act, a bipartisan federal law meant to hold schools accountable for student performance.Â In a signing ceremony at the White House Monday, the president hailed the measures for “removing an additional layer of bureaucracy to encourage freedom in our schools.â€

Leaders of the Republican majority claimed that the accountability rules represented an executive overreach by former president Barack Obama. Democrats argued that rescinding the rules opens loopholes that states can use to shield poorly performing schools from scrutiny, especially when they fail to serve poor children, minorities, English-language learners and students with disabilities.

Civil rights and business groups, including the U.S. Chamber of Commerce, also opposed doing away with the rules. The measure to repeal the regulations passed easily in the GOP-dominated House, but barely made it out of the Senate on a 50 to 49 vote, mostly along party lines.

The teacher-preparation regulation, which stemmed from the Higher Education Act, required states to issue annual ratings for training programs within their borders. It was meant to ensure that novice teachers enter classrooms more prepared, but it was broadly unpopular from the start. Teachers unions said the regulations wrongly tied ratings of teacher-training programs to the performance of teachers’ students on standardized tests; colleges and states argued that the rules were onerous and expensive, and many Republicans argued that Obama’s Education Department had overstepped the bounds of executive authority.”