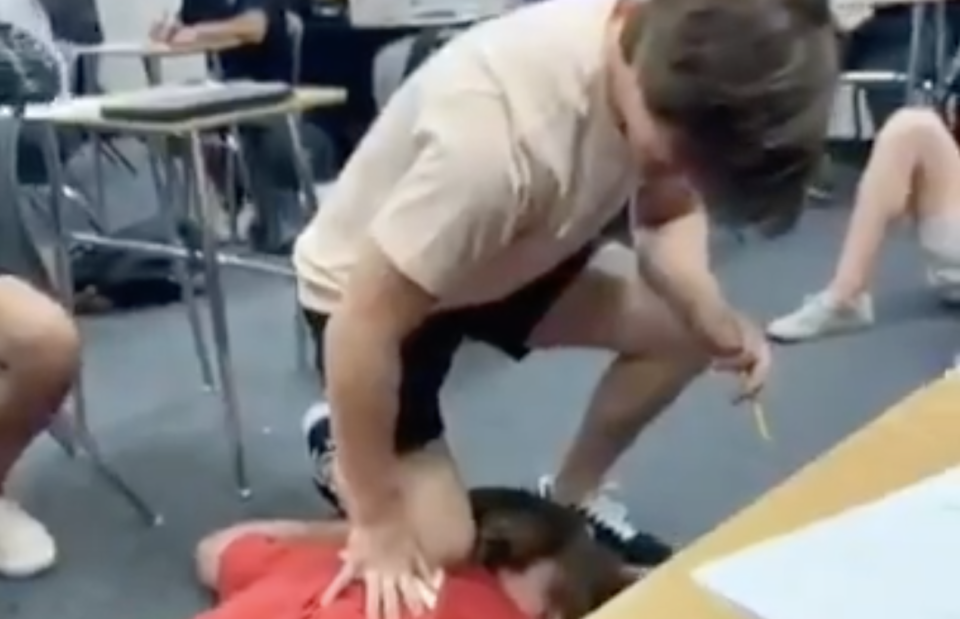 Two unidentified white students from Highland High School in Gilbert, Arizona, who thought it would be funny to reenact the death of George Floyd, a Black man who was murdered while in Minneapolis Police Department custody, found out the school district does not think so.

On April 28, a viral video on Twitter shows the students, who are reportedly associated with the school’s MAGA club, taunting the only Black girl in the unsupervised classroom, Insider reported.

This video was taken right in front of the only black girl in the class TODAY & happens to be my friends niece. They're reenacting the murder of #GeorgeFloyd! An apology won’t cut it! @Highland_Hawks
4301 E Guadalupe Rd, Gilbert, AZ 85234
4808130051 @POWER983 @FOX10Phoenix @abc15 pic.twitter.com/LlOlVnyGTq

It is not clear who filmed the six-second long video or how it ended up in the possession of the only Black student’s friend’s aunt, but the video serves as a demonstration of how racism is causal in Highland High, according to the Arizona Republican, as the school in the past has been labeled as “falling short of addressing racism.”

A spokesman for the Gilbert Public Schools District said the situation has been handled but has not specified details besides saying an investigation has been launched.

“All breaches of Gilbert Public Schools student code of conduct are investigated to their full extent and district policies and procedures are followed to deliver consequences,” a statement from the district said. “Gilbert Public Schools strives to create communities of inclusion and any act of racism is in direct opposition to the values that we hold as a school district.”

As the school begins its self-contained review, a senior at Highland High School and president of the school’s Black Student Union, Hanaan Abdulle, is calling the incident “a textbook hate crime.”

“I don’t want to make it seem that the student recreating the murder of George Floyd is just a silly act of racism,” Abdulle said. “These aren’t mistakes, these are premeditated. This is a hate crime. This is a textbook hate crime.”