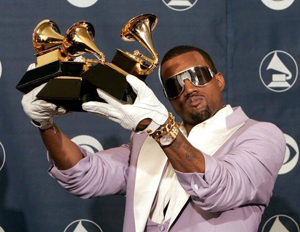 Since Donald Trump was elected as the president of the United States, he has opted to meet with a combination of black entertainers, athletes, and leaders. Steve Harvey, Kanye West, Ray Lewis, and Jim Brown are some of the celebrities who have taken him up on this offer. After their meetings, they walked away with a photo op with Trump, news clippings, and absolutely nothing accomplished for the black community.

On my radio show, Let Your Voice Be Heard!, I addressed the faulty Negroes that found it necessary to entertain Mr. Trump and his foolishness. If someone decides they will meet with an elected leader to push legislation to help their communityÂ or to hold that leader accountable, they are doing a service to their people. Unfortunately, that’s not what we have witnessed. Instead, the black community has had to watch in horror as an army of Uncle Toms have gone out of their way for a photo op.

To be crystal clear, the members of the black community that have gone out of their way to meet with President Trump are nothing but tokens used to support his bloated egoÂ and divert from his racist agenda. They will tell you that they went there to work on plans for improving our neighborhoods. They will even make appeals to religion and love, but do not be fooled. They are opportunistic sellouts lacking backbones, respect for our history, and concern for real black issues. Their visiting this white supremacist accomplishes nothing.

Steve Harvey’s long rÃ©sumÃ© of comedic appearances and time as the host of Family Feud does not give him authority to cover income inequality. Ray Lewis’ Super Bowl victories with the Baltimore Ravens and ability to avoid jail time for a murder charge does not make him the person you want to speak to when looking for solutions around criminal justice reform. Kanye West, with his infatuation with white women and the attention of strangers, will not lead to the black liberation. Yet, these are the “mediocre Negroes” that Trump has insisted on meeting with. Their intentions, no matter how well-meaning, are a waste and Trump and his entire administration of white supremacists and Soul Cycle supporters know this.

Before you turn away, think about it: If you were president of the United States and had to figure out constructive ways to deal with the white community, would you meet with Martha Stewart? No. That meeting might be interesting, and it could earn you a couple of white voters, but there is absolutely nothing she could tell youÂ or suggest that would help you address the systemic issues affecting their communities, nor would she be able to articulate the feeling of resentment, or hate, that her community currently has for you.

You wouldn’t call a firefighter to fix your flat tire, so why reach out to a comedian, former football player, and mentally unstable producer to address racial issues?Â Why does it make sense for people with no experience or expertise in the issues affecting communities of color to meet with the most powerful man in the country? It doesn’t. The honorable Malcolm X told us about this. “There will come a time when certain black leaders will meet with the enemy and try to convince you that he is good. They will tell you that they sat with this man and saw nothing but ‘love and collaboration in his eyes.’ They will tell you this, as that same white man endorses policies that are created to undermine and even destroy the black community. And when you call them out, they will complain that you are being too hard on them.”

We are literally watching this happen in real time. Do not be fooled or thrown off by the cries from poverty pimps and Uncle Toms. They have nothing substantial to offer you.

Here’s a clip of my rant on this topic during the live taping of my radio show. Watch it and let me know if you agree or disagree.

Disclaimer: The opinions expressed in this piece belong to the individual author.Â 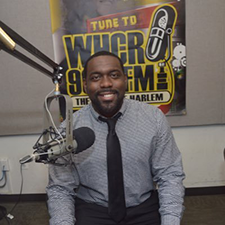 Stanley Fritz is the communications associate at Citizen Action of New York, and the engineer/co-host of “Let Your Voice Be Heard! Radio.â€Â

Tune in every Sunday at 11 a.m. EST or subscribe to the podcast via iTunes.