What Trump's Secretary of Labor Pick Means for You 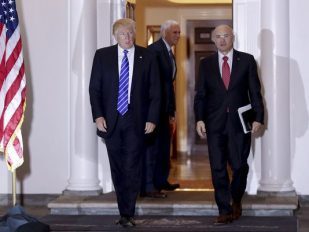 Puzder is currently the chief executive of CKE Restaurants, the company that franchises both Hardee’s and Carl’s Jr.

Trump justifies Puzder’s nomination, saying, “Andy Puzder has created and boosted the careers of thousands of Americans, and his extensive record fighting for workers makes him the ideal candidate to lead the Department of Labor,â€ in a recent statement.

How does this nomination affect you?

Those waiting for the minimum wage to be raised to $15, will likely have to wait a while longer. Puzder strongly opposes increasing the nation’s minimum wage, arguing that this will likely be more destructive than constructive. Puzder argues that raising wages could leave millions of Americans with no wage at all, as low skilled jobs simply aren’t worth the money.

Puzder has adamantly opposed the implantation of Obamacare, calling it too expensive and unattractive overall.

“Obamacare has caused millions of full-time jobs to become part-time, imposed a tax on lower-income workers who cannot afford it, forced millions of people out of insurance they liked, restricted access to doctors for millions of others, and created an enormous bureaucracy that discourages our doctors and nurses while suppressing health care system innovation,â€ he wrote, in a recent column.

Puzder feels overtime would hurt more than help. In a Wall Street Journal column written by Puzder, he stated, “Unfortunately, the move would hurt the very managers [Obama] intends to help by turning them into hourly employees, depriving them of the benefits that come from moving into management. Overtime pay has to come from somewhere, most likely from reduced hours, reduced salaries, or reduced bonuses.â€

If the aboveÂ three items are of importance to you, now may be the time to grow concerned.