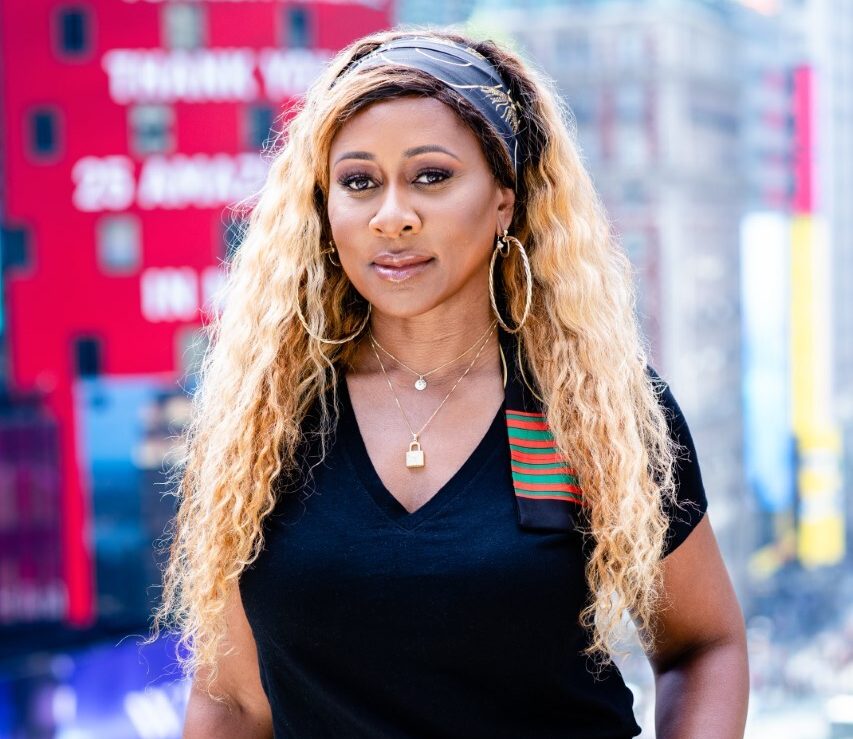 Recognized for executive producing some of the most insatiable shows on television, including VH1’s Love & Hip Hop Atlanta and Cartel Crew, veteran film and TV producer Lashan Browning hit another career milestone last year when she inked a major deal with MTV Studios.

The deal was part of ViacomCBS’ MTV Entertainment Group’s $250 million commitment to fuel the growth of content led by production companies owned and operated by women and people of color. Under the deal, MTV Entertainment—whose portfolio encompasses MTV and VH1—will provide funding, production infrastructure, services, and staff to support minority-owned production companies creating unscripted content over the next three years.

Browning along with veteran TV producer Adam Gonzalez, who served as the showrunner of VH1’s Teyana & Iman, America’s Next Top Model, and Mob Wives, was ushered in to pilot the group’s initiative.  As part of the deal, Browning and Gonzalez will each form their own respective third-party production ventures with an equity investment made by MTV Entertainment. This comes after the two unscripted executive producers signed overall deals with MTV Studios back in 2019.

“A lot of the shows with Black people in front of the camera have historically been run and managed fiscally and creatively by white production companies, and they want to change that,” said Browning speaking of the MTV Entertainment deal in an interview with BLACK ENTERPRISE.

In addition to amplifying Black voices and stories, Browning praised MTV Entertainment for underlining the need for diverse representation in positions of power behind the scenes.

“It’s a big move that ViacomCBS has made,” she said.

“I’m the first production entity that is coming out of the ViacomCBS BIPOC deal. And what I will be doing is creating my own. And I’m in the process of doing that now,” she said, adding that she will also be the majority partner in another production entity under ViacomCBS.

“Our plan is for me to bring up other showrunners and other [directors of photography] and other writers and talent in front of the camera as well, [plus] new development ideas.” Browning will also be in charge of running shows that are already in development and have been greenlit for series.

Browning, who launched her career in the early ’90s working as a craft service personnel on the set of one of Spike Lee’s early films, watched the industry evolve over the last three decades. She eventually worked her way up to become a production manager with Lee’s company and went on to become part of the startup team for the Oxygen cable network.

“Behind the scenes,” she says, “there’s still a lot of work to be done. But there’s so much work that has been done.”

Learn more about Browning’s career, her deal with MTV Entertainment Group, when and how she launched her own full-service production company, and the future of television in the latest episode of The New Norm With Selena Hill. Watch below.