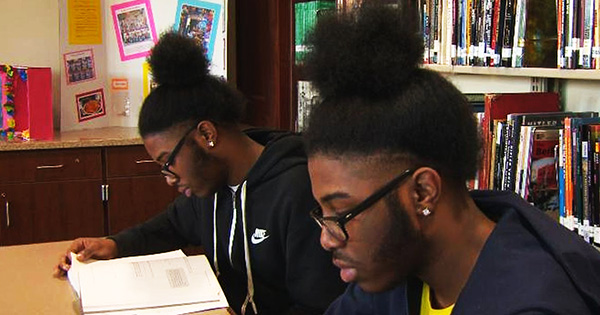 Deontae and Deontrae Wright, 17-year old twin brothers, are both graduating with the highest honors at Scott High School in Toldeo, Ohio this year. Deontae, with a 4.5 GPA, was named the school’s class of 2019 Valedictorian while Deontrae, who earned a 4.4 GPA, trailed closely behind his twin as the class’ Salutatorian.

The identical twins said their secret was having a healthy competition that encouraged each other to do better.

“We both like to compete against each other,” Deontrae told WTVG. “We want to score higher than each other.”

Deontae, who was born minutes before his identical twin, eventually came out on top with a higher final grade after their GPAs kept switching them between first and second place during the school year.

“It feels awesome knowing that I put in the hard work and got something out of it,” Deontae said. “It feels great at the end of the day.”

Despite the slight difference in GPAs and class titles, the twins both reportedly secured full rides to The Ohio State University where they would surely continue achieving their dreams. They plan to study electrical engineering and minor in business, hoping to open their own firm after they graduate.

While Deontae and Deontrae were reaching their accomplishments in school, they were also able to work two jobs and complete over 70 hours of community service all at the same time. They said they enjoyed giving back and bringing change to the community.