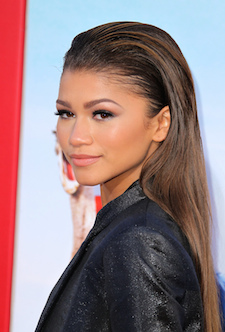 Zendaya was set to play Aaliyah in planned Lifetime TV biopic but has dropped out of filming. (Image: File)

If you’ve been living underneath a rock for the past couple of days, Lifetime recently announced that an Aaliyah movie is finally hitting the screen.

A&E Television Networks in partnership with the made-for-TV cinematic channel will be developing “Aaliyah: Princess Of R&B,” based on Christopher John Farley’s book Aaliyah: More Than A Woman.

The late Detroit songstress has had quite a few potential actresses for the role that never panned out. But on Monday (June 16), the company announced that Disney star Zendaya would play the lead role of Aaliyah Haughton. The news sent shockwaves throughout the fan community and the Internet, who quickly sprang into action to give their thoughts on the casting.

While there is still no word from Aaliyah’s brother, Rashad, or the rest of the family, the reactions from those who are Aaliyah stans are mixed at best.

With the first filmed effort to tell the tale of Aaliyah gearing up production, we’ve compiled some of the the best and most telling reactions to the House Of Mouse star’s addition to the project. Enjoy!