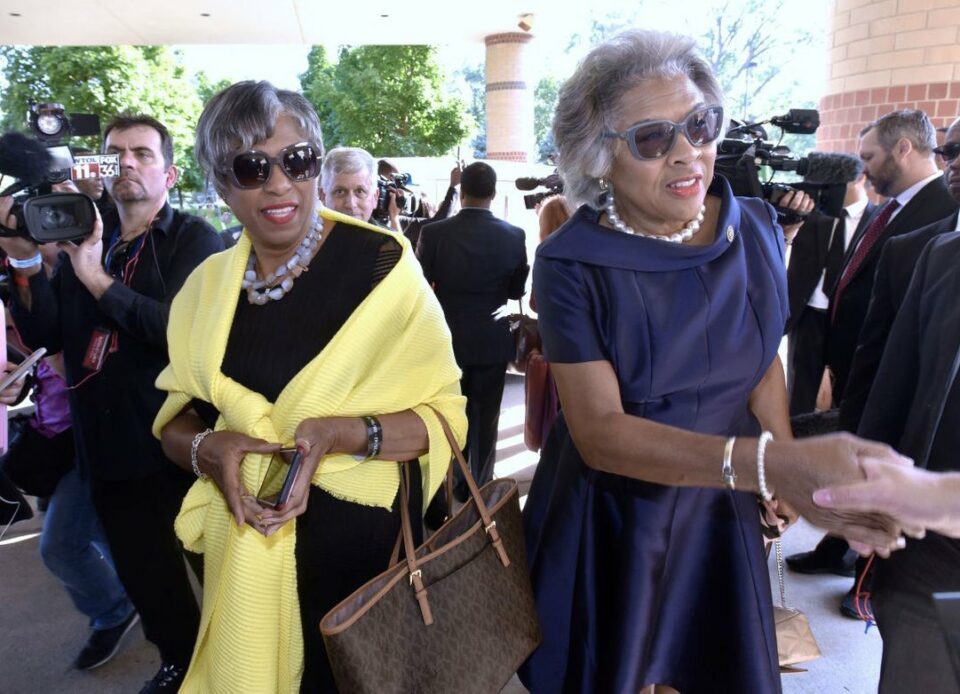 Joyce Beatty and Brenda Lawrence composed a letter to the Internal Revenue Service (IRS), asking for an investigation regarding the tax-exempt status of the Hollywood Foreign Press Association. (Image: Twitter)

Two Black female members of Congress sent a letter to the Internal Revenue Service (IRS) calling for an investigation regarding the Hollywood Foreign Press Association (HFPA) and its tax-exempt status.

Reps. Joyce Beatty (D-OH) and Brenda Lawrence (D-MI) sent the letter to IRS Commissioner Charles Rettig asking it to probe the HFPA, citing the group’s “seemingly corrupt and unacceptable deal-making,” and the “longstanding and questionable business practices” by the group, which manages the Golden Globe Awards.

“As members of Congress with oversight of our federal laws and statutes, we believe the well documented and credible criticism of the HFPA and its current leadership is worthy of an investigation by the IRS of their 501(c)(3) nonprofit status” Beatty and Lawrence wrote according to The Wrap.

“For more than a year, entertainment and national media outlets have detailed the seemingly corrupt and unacceptable deal-making patterns of HFPA, raising questions whether the organization solely responsible for awarding the once-coveted Golden Globe Award is meeting its IRS section 501(C)(3) demands.”

Beatty and Lawrence added at the minimum the HFPA’s current leadership colluded to benefit themselves, violating IRS statute.

The group said Tuesday it was “extremely disappointed” to learn about the letter the Congressional Black Caucus members sent to the IRS. A spokesperson for the HFPA told Yahoo News they have not been contacted by the two Congresswomen but have reached out to their offices to discuss their concerns.

The HFPA has been under fire for a little more than a year due to several issues, including the group’s stunning lack of diversity.

In response, the HFPA pledged to adopt significant reforms, including hiring a chief of diversity officer and outreach to diverse groups such as the National Association of Black Journalists (NABJ).

Despite the moves, a publicist boycott of the group is still ongoing, and NBC, which canceled this year’s Golden Globe Awards, has not indicated it will bring the award show back.