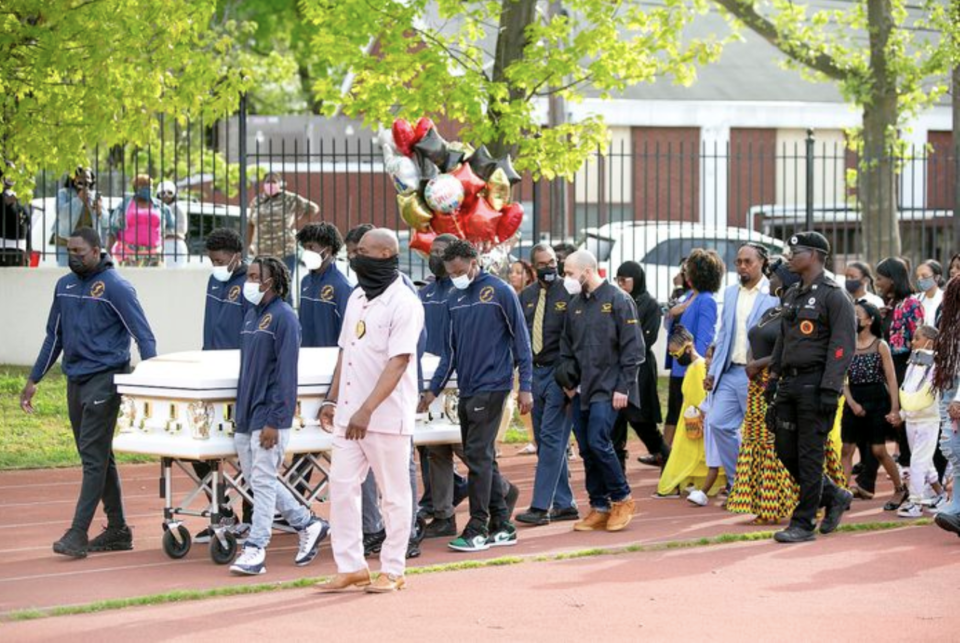 Residents from Newark, New Jersey, and Lexington, South Carolina came together to celebrate and honor the life of the young high schooler who was taken too soon.

According to NJ.com, a memorial service for Sanaa was held after her private funeral service on Thursday. Hundreds of supporters showed up for the teen as her casket was taken to the high school she once attended in New Jersey. Members of the Weequahic High School track team escorted Sanaa to the field in a solemn tribute.

Her parents, Sharif Amenhotep and Saleemah Graham-Fleming, along with Sanaa’s sisters accompanied the casket.

During the memorial, Graham-Fleming gave a poignant eulogy that referenced her daughter’s strength and the foundation of her family.

“This environment. This community gave Sanaa a strength that was very intimidating,” the grieving mother told the crowd. “Me and Sharif gave her a love that was ungripping. We were intentional on doing that.”

“We wanted to give our children something different than what we had,” she added.

Black Enterprise previously reported that Sanaa went missing on April 5. Her body was discovered three weeks later in a wooded area in Lexington. Police and the community were devastated by Sanaa’s tragic murder.

Her alleged killers were acquaintances identified as Trevon Nelson, 18, and two juveniles– one male, one female. They were charged with murder, kidnapping, criminal conspiracy, and weapon possession during a violent crime.