CBS Announces Two Top Executives Will Not Return To The Network

CBS has announced two executives who were placed on administrative leave in January, will not return to the network as the investigation continues.

Peter Dunn, who served as president of the network’s television station’s group and David Friend, the group’s senior vice president of news were suspended in January after the LA Times investigation unearthed allegations of racism, sexism against the pair.

CBS President and CEO George Cheeks wrote in an email to employees “We have determined that CBS Stations President Peter Dunn and SVP of News David Friend are not returning to their positions and will be leaving the company. I want to be very clear that the external investigation… is not over and will continue.”

Friend and Dunn denied the allegations, but Margaret Cronan told the Times Friend belittled her in a meeting asking her if she was a f-ing idiot.

The broadcast news giant said in a news brief that the pair also blocked Black  journalists from being hired at the network and constantly attacked the one Black reporter they had, Ukee Washington was constantly belittled by Dunn.

Dunn’s attorney told CBS NY in a statement that his client’s termination was not-for-cause and he’ll continue to be paid under his contract.

“Peter has a strong record of hiring and promoting professionals of diverse backgrounds and has been a champion of women and men of color throughout the organization,” Hutcher added. “We are confident that the investigation will exonerate Peter and are prepared to fully cooperate, but the opportunity to do so has not yet occurred.”

Friend’s attorney, David Pohl said he was confident the ongoing investigation would clear his client, but investigators have yet to interview Friend.

With the appointment, Godwin becomes the first Black executive to lead a broadcast network news division in the U.S. 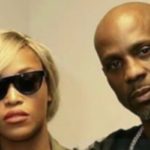 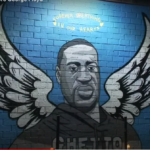