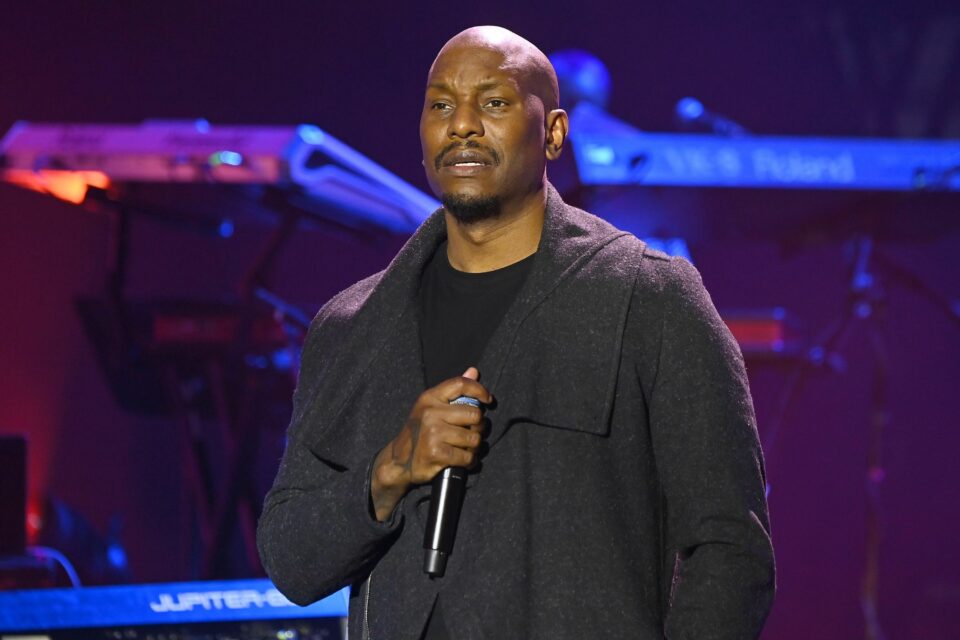 In the wake of losing his father-like mentor, Tyrese Gibson is not only mourning deeply but he is blessing families along the way.

On Sunday, the longtime R&B singer shared the passing of Reggie Andrews, songwriter and beloved music educator, whom he considered his father, in the absence of his biological father. Andrews was his music teacher at Alain LeRoy Locke College Preparatory Academy in Los Angeles. He died at age 74 on June 23, according to Billboard.

“Something my father would do…,” wrote the Baby Boy actor in a recent Instagram caption. The post, accompanied with the powerful statement, is a series of photos illustrating his commitment to gifting “100 dollars per family 6,000 for 60 families” during a church service at the newly opened Relentless Church in Atlanta.

“I’m going to church and whoever shows up I’m going to bless you cause you’re about to bless me from accepting my invite,” Gibson continued in the caption.”I haven’t slept I stayed up all night crying my heart is so heavy because I’ve lost everyone who ever loved me. Here’s my cry for help.”

Over the past couple of years, Gibson has experienced a string of losses, including Hollywood director John Singleton in 2019. He also lost his mother, Priscilla Murray, who passed away in February after losing a battle with pneumonia and COVID-19, as well as other health complications, BLACK ENTERPRISE previously reported. He shared the heartbreaking news about his “sweet Valentine” via Instagram.

According to The Shade Room, a churchgoer shared her experience on social media, witnessing Gibson’s generosity at the church. She praised the man in mourning for speaking from his heart and blessing families amid high gas prices.

“Tyrese got up to speak because he had the spirit of giving on his heart,” the woman wrote. “He gave $6,000 for the church to disperse ($100 increments) to those in need.”

The singer’s spirit of giving had more to give. He wanted to help the pastor in his goal of paying off the church.

“He then says his angel number is 11 and he wanted to sow into the church. So I said to myself $11,000 he gone donate. NOPE,” the woman explained. “$111,000. I’m not sure if y’all understand. But Pastor John said he wanted the church paid off by the end of the year and it just opened in March.”