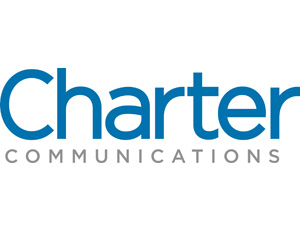 The acquisitions would make Charter the second-biggest provider of broadband and cable services (Comcast has the top spot) in the U.S. Before the deal can go through, the Federal Communications Commission (FCC) must give its approval.

From a statement from FCC Commissioner Michael O’Rielly, it seems that the FCC is poised to give Charter the go-ahead on the buy:

As publicly acknowledged, the Chairman and his team have put forward recommendations regarding Charter’s proposal to acquire Time Warner Cable and Bright House Networks. Â At first blush, it appears that the Commission may have operated well outside the four corners of the merger application to pursue unrelated matters and policies. Â I will carefully consider the item put before me and vote in a timely manner.Â

With its approval, the government mandated that Charter is prohibited from blocking its content providers from selling shows online. Online streaming services, including Netflix and Hulu, have been snatching market share away from broadband providers such as Comcast.

The FCC’s chairman Tom Wheeler said that the FCC will also force Charter to abide by a set of rules before it allows the deal to go through. This includes:

Charter is required to follow these rules for seven years. The company fought for only having to agree to the terms for three years but was overruled. Charter has been in pursuit of Time Warner Cable for several years. In 2014, Comcast was close to buying Time Warner Cable for $45 billion.

However, consumer advocacy groups and the FCC stopped the transaction. FCC chairman Wheeler said at the time, “Comcast and Time Warner Cable’s decision to end Comcast’s proposed acquisition of Time Warner Cable is in the best interests of consumers. The proposed transaction would have created a company with the most broadband and video subscribers in the nation alongside the ownership of significant programming interests.â€

As per the Reuters report, Charter has valued the deal at $56.7 billion for Time Warner Cable, excluding debt, and $10.4 billion for Bright House Networks.