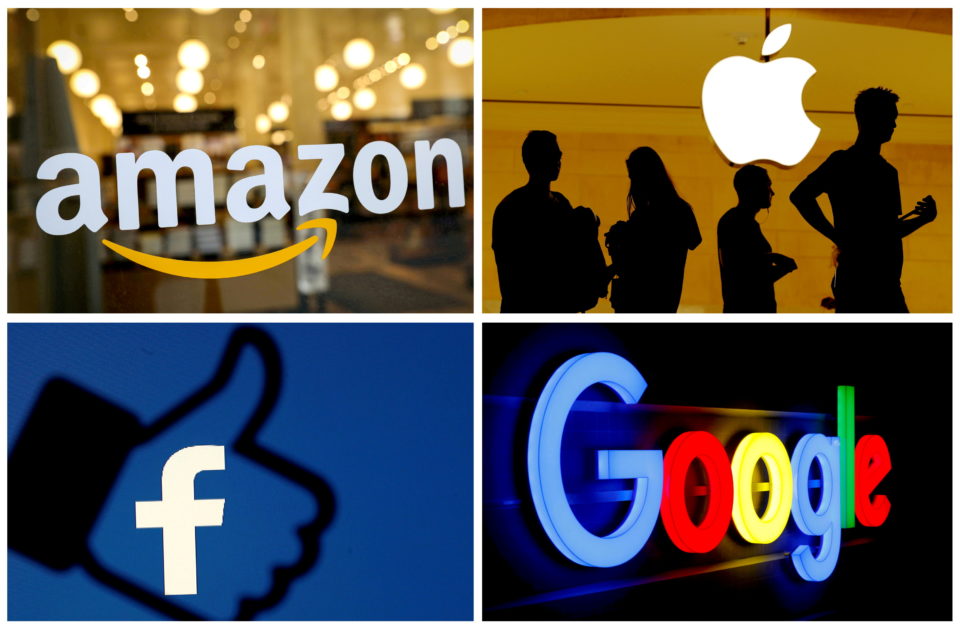 FILE PHOTO: The logos of Amazon, Apple, Facebook and Google in a combination photo.

Reuters -The House Judiciary Committee on Wednesday began work on a package of six antitrust bills, many aimed at reining in Big Tech, in what is expected to be a lengthy, contentious session.

U.S. Representative Jerrold Nadler, the Democratic chairman of the Judiciary Committee, in an opening statement called the bills a “historic package of bipartisan legislation” aimed at “reining in anticompetitive abuses of the most dominant firms online.”

There has been a flurry of opposition directed at the most sweeping reform bills, including from the powerful U.S. Chamber of Commerce, Amazon.com Inc, Apple Inc, Facebook Inc and Alphabet Inc’s Google.

Apple wrote to committee leaders on Tuesday, arguing that its app store protected iPhone users and that some provisions of the bills “would create a race to the bottom for security and privacy.”

Each bill has Democratic and Republican co-sponsors, and each has sparked opposition or concern from members of both political parties.

Representative Zoe Lofgren, a California Democrat, said she would not support the most far-reaching measures, saying: “As drafted, the bills fall short.”

The companies have spent nearly the past two years under federal, state and congressional investigation into how they use their clout to fend off competition, extend their dominance into adjacent markets or abuse their dominance.

Two bills address the issue of giant companies, such as Amazon and Google, creating a platform for other businesses and then competing against those same businesses. One would require the competing business to be sold while the other would require platforms to refrain from favoring their own businesses.

A third bill would require a platform to refrain from any merger unless it could show the acquired company does not compete with it. A fourth would require platforms to allow users to transfer their data elsewhere.

The last two would increase the budgets of antitrust enforcers and ensure that antitrust cases brought by state attorneys general remain in the court they select.

(Reporting by Diane Bartz in Washington Editing by Matthew Lewis)