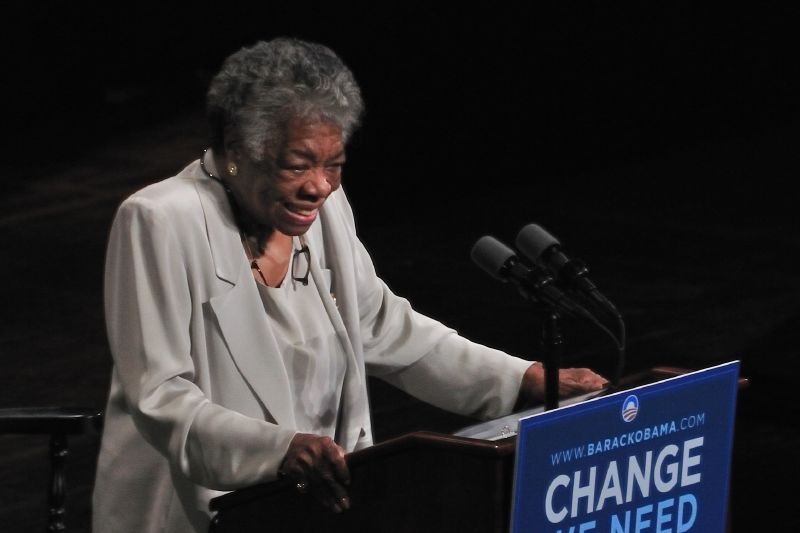 The U.S. Mint has unveiled its designs for the new American Women Quarters program, which features Dr. Maya Angelou in its inaugural run.

Each year for the next four years, the American Women Quarters program will showcase women five women from diverse ethnic, racial and geographic backgrounds. Angelou’s quarter features a full-body portrait of the poet with her arms stretched out. A rising sun and flying bird appear behind the portrait. The design is meant to pay homage to both the ways in which she rose above barriers in her career, and her work – calling to mind “And Still I Rise” and I Know Why The Caged Bird Sings.

Three of the other women to be featured in the inaugural run of the new program are also women of color: Wilma Mankiller, the first woman chief of the Cherokee Nation; Nina Otero-Warren, a Mexican-American activist who fought for women’s voting rights in New Mexico; and Anna May Wong, the first Chinese-American film star. Dr. Sally Ride, the first woman to travel to space, rounds out the collection.

“These inspiring coin designs tell the stories of five extraordinary women whose contributions are indelibly etched in American culture,” said Alison L. Doone, Acting Director of the U.S. Mint. “Generations to come will look at coins bearing these designs and be reminded of what can be accomplished with vision, determination and a desire to improve opportunities for all.”

All of the first run American Women Quarters will feature the same design on the obverse or “heads” side: a portrait of George Washington, which was designed by renowned sculptor Laura Gardin Fraser. The design was originally submitted to the Mint in 1932, to commemorate President Washington’s 200th birthday.

In future years, the American Women Quarters programs intends to highlight women who have made significant contributions in a variety of fields, including civil rights, science and the arts.