U.S. Navy Lifts Ban on Dreadlocks and Other Hairstyles 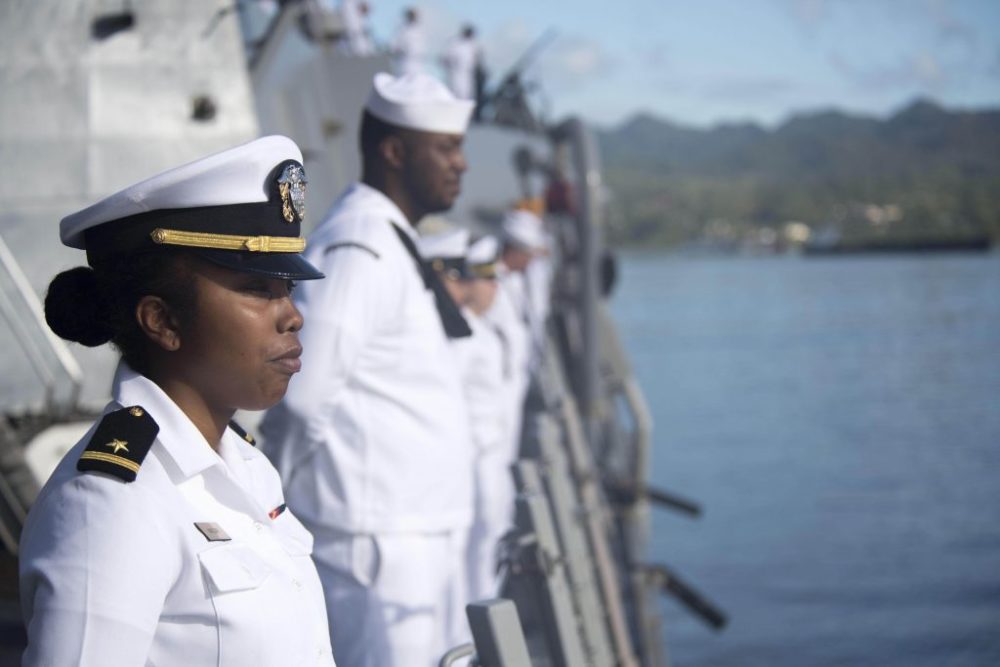 The U.S. Navy has ended a long-standing hair policy that critics say unfairly targeted women of color in the service.

Last week, the naval branch announced via Facebook that it will now allow servicewomen to sport dreadlocks, ponytails, twists, and wider hair buns. The new policy expands style options for uniformed female sailors as long as it does not compromise their safety. It also gives women more options for dinner-dress uniforms. Male sailors, however, are still required to keep their hair short.

Previously, ponytails were only allowed for female sailors during physical training practices while servicewomen with hair below the collar were limited to buns, braids, or cornrows, reports Military.com. As a result, some black female service members had complained about being forced to wear a wig to hide their locks. Others felt compelled to cut off their dreads and chemically straighten their hair.

According to U.S. Navy Chief of Naval Operations Adm. John Richardson, the new policy, which went into effect July 11, will make the Navy more inclusive. “All of this really is again to allow us one to be an inclusive team that is focused on being more lethal to our competitors, more lethal toward our rivals, our enemies and much more inclusive inside our team,” he said during the live Facebook broadcast.

Richardson also credited a team of six female sailors who worked to devise the new standards. Included in the group was Capt. Thurraya Kent, who said her hair has always been an issue throughout her 26-year career in the Navy. At one point, she was even told to take out her braids even though her hairstyle was permitted. “Because of the texture of my hair, it stood straight up it,” Kent said, according to The Associated Press. “It was a very embarrassing moment that stays with you.”

Petty Officer 1st Class Jacqualynn Leak, another member of the working group who has worn dreadlocks since 2014, surveyed dozens of female sailors affected by the ban. She also presented years of research on the cultural and health aspects of wearing locs in order to push to uplift the ban. “I wanted to make an argument so compelling that every reason my chain of command could give me for why dreadlocks were banned could easily be rebutted with facts,” she said, reports The Huffington Post.

Jessica Sims, a 12-year veteran in the military branch, was honorably discharged from the Navy back in 2014  for “failing to obey an order to cut off her natural hairstyle” after she refused to cut her hair or wear a wig. That same year, the Navy made changes to allow more hairstyles traditionally worn by women of color by authorizing two-strand twists and multiple braids, as long and they hung freely above the collar and covered the whole head. The Air Force and Army also allowed two-strand twists and braids in 2014, followed by the Marines in 2015. Subsequently, the Marines authorized locks in 2015, followed by the Army in 2017.

Lt. Cmdr. Jess Cameron told The AP that the new policy is “a step forward.” She added, “They’re getting more female feedback in the service, and updating what I think are somewhat antiquated guidelines that maybe no longer serve their purpose in today’s society, today’s military.”