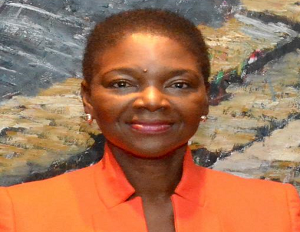 Having served as UN’S undersecretary general for humanitarian affairs and emergency relief coordinator for the past five years, Baroness Amos will become the ninth director of the Bloomsbury institution in September.

“SOAS is a special institution with global recognition for its research and teaching on Asia, Africa and the Middle East, bringing different perspectives to scholarship,” The Independent reports her saying.

In a recent report released by the Equality Challenge Unit, statistics show that the number of minorities teaching at the college level are bleak. According to the data, almost 70 percent of senior academic managers in the UK are white, with nearly 16 percent of this group at the professor level. Meanwhile, just 2.8 percent of black and minority ethnic female educators are employed at even the professor level.

Baroness Amos was born in Guyana and educated at Bexley Technical High School in southeast London, now known as Towney Grammar School. She received a BA in sociology from the University of Warwick and an MA in Cultural Studies from the University of Birmingham. She also took on cultural studies at the University of East Anglia where she investigated the transition from school to work for black girls. Additionally, she is the co-founder and Patron of the Amos Bursary which promotes higher education amongst young men of African and Caribbean heritage in the UK.

She will be replacing Professor Paul Webley who is retiring due to illness.

FacebookTwitterYoutube
← The High Cost of Riots: Part 2 ← Lauryn Hill, The Roots, A$AP Rocky, Janelle Monae and More to Perform at ONE Musicfest
×