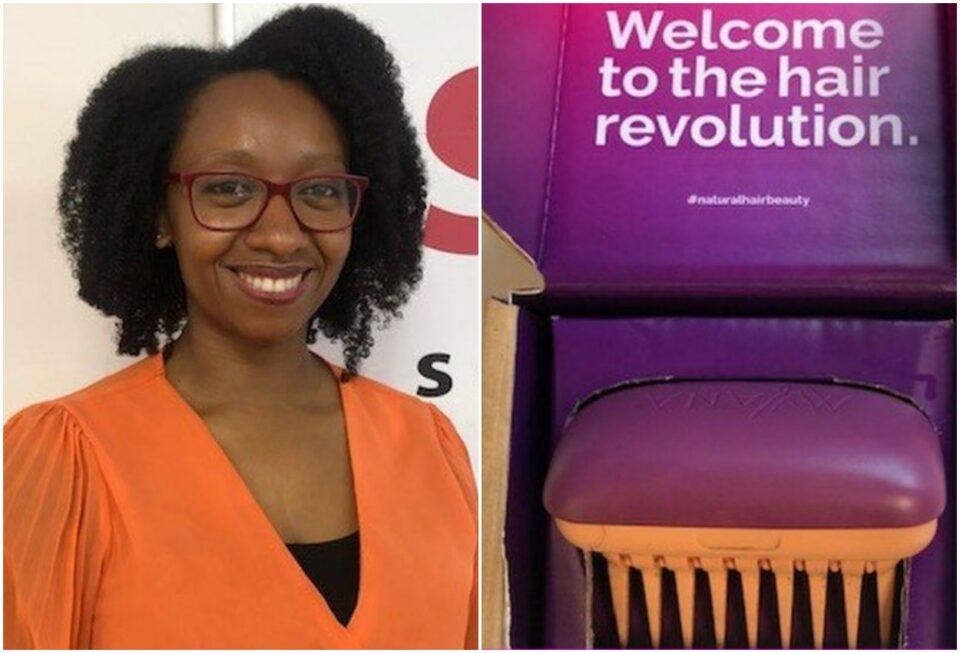 A Black woman in the United Kingdom who invented a new comb for Afro hair is using her success to educate and empower young Black women.

Youmna Mouhamad’s new comb, the Nyfasi Deluxe Detangler, provides an easier, gentler way of combing Afro hair. The BBC reported that she first got the bright idea for the comb while studying to earn her Ph.D. in physics.

At the time, the Swansea-based inventor was working as a nanny to fund her studies. The little girl she cared for cried at the pain she felt when her hair was washed and conditioned.

“The whole house would be full of tears,” she recalled to BBC. “I wanted her to have a better experience.”

At some point, Mouhamad rerouted her academic plan to study engineering.

“I shifted to engineering because I always had a desire to work on things that I can touch with my hands, and I love the process of taking an idea and actually creating something,” she said.

Mouhamad received an enterprise fellowship from the Royal Academy of Engineering to develop the product. She launched a focus group for her new comb once she developed a prototype, bringing together women and girls with Afro hair to try it out.

Among the volunteers were mother-of-three Lenient and her nine-year-old daughter, Goodness.

“The washing process is dreadful because they don’t want to,” Lenient said. “Why? Because it’s quite painful for them, especially the combing part…And this detangler, the first time I tried it, it was really easy.”

Goodness also raved about how helpful the comb was for her hair.

“The normal comb feels like someone is pulling your hair; when it’s tangled, it hurts,” she said. “But with this comb, it’s very soft and easy to untangle.”

Mouhamad is excited by all the great reviews, but business isn’t the only thing on her mind. She desires to help other ethnic minority women join her in the engineering field.

“My huge passion in personal development is actually empowering other people,” she said.

Her experiences as a Black woman student studying science and technology were challenging at times, she shared. She never had a Black teacher but would’ve loved “to have been taught by a Black woman.”

“When I was going through it, I thought it was me. I didn’t think it was the environment,” Mouhamad recalled. “But when I spoke to other [Black] students, it really got to me because it was like ‘oh my God, you know, it’s not you!’”

“I never had a single Black teacher,” she shared. “And that does a lot because of the simple fact of saying ‘if she can be there, so can I.’”

Mouhamad is already mentoring others while getting her business up and running with the support of Professor Dylan Jones-Evans at the University of South Wales.

“I just made friends with her, and she’s taken me on board and taught me a lot about developing and speaking out, especially in regard to racism,” focus group volunteer Charlotte Ajomale-Evans said about Mouhamad. “And she’s also taught me to look after my hair, which is quite important.”