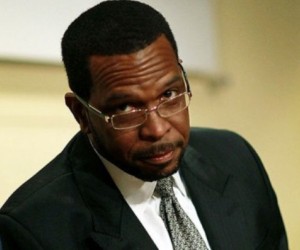 ‘Screw Spike Lee. Quentin Tarantino’s Django Unchained is a brilliant flick that more accurately depicts the African American experience than any of the 15 movies about black culture Lee’s directed in his lifetime.’

Uncle Luke continues, ‘Lee needs to get over himself. He’s upset because Tarantino makes better movies. The man who put Malcolm X on the big screen is Hollywood’s resident house negro; a bougie activist who wants to tell his fellow white auteurs how they can and can’t depict African Americans.’