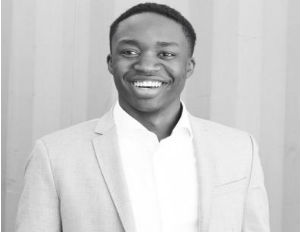 On Tuesday, University of Alabama junior, Elliot Spillers, made history when he became the first black Student Government Association (SGA) president to be elected in nearly 40 years.

The win is Spillers’ first elected position within SGA, where he has served appointed positions in the past, with his most recent role being deputy director of engagement.

“This is my third time at this, and each time I’ve grown tremendously as a leader and person,” Spillers told AL.com. “I’ve never lost hope, hope for this university and what we’ll accomplish in the next year. The real work begins tomorrow. To all the students who voted for me, thank you. It’s because of you we have the opportunity to bring sustainable change here to Alabama.”

[Related: This Day in History: First Black Student Enrolls at University of Alabama]

The campus newspaper, The Crimson White, reports that voter turn out for the election was the highest it has been in six years. Out of the 14,931 votes cast, Spillers received 8,602 of them against his opponent Stephen Keller who serves as vice president of student affairs in the SGA.

Spillers, who is studying business management with a political science minor, is the second black SGA president in the school’s history following Cleo Thomas’s election in 1976.

With a secret group of traditionally white fraternities and sororities, known as the Machine, having decades of control over campus institutions, Spillers is also considered the first non-Machine candidate to win the election since Alabama’s now Secretary of State John Merrill in 1986.

Spillers’ campaign manager, Mark Hammontree, said the campaign and student involvement felt more energized than any other SGA election he had seen at UA and that Spillers’ win is a sign of progress for the school.

“It can be really frustrating and you can become disillusioned, living in this state and going to this school,” said Hammontree. “It’s really easy to think things aren’t going to change. But tonight shows that we’re ready for it. We took a huge step forward tonight.”

Spillers tweeted out his excitement for the win and thanked all those who showed their support.

It is done. With your incredible help, I have been elected SGA President for the 2015-2016 year. Thank you. Thank you so much.