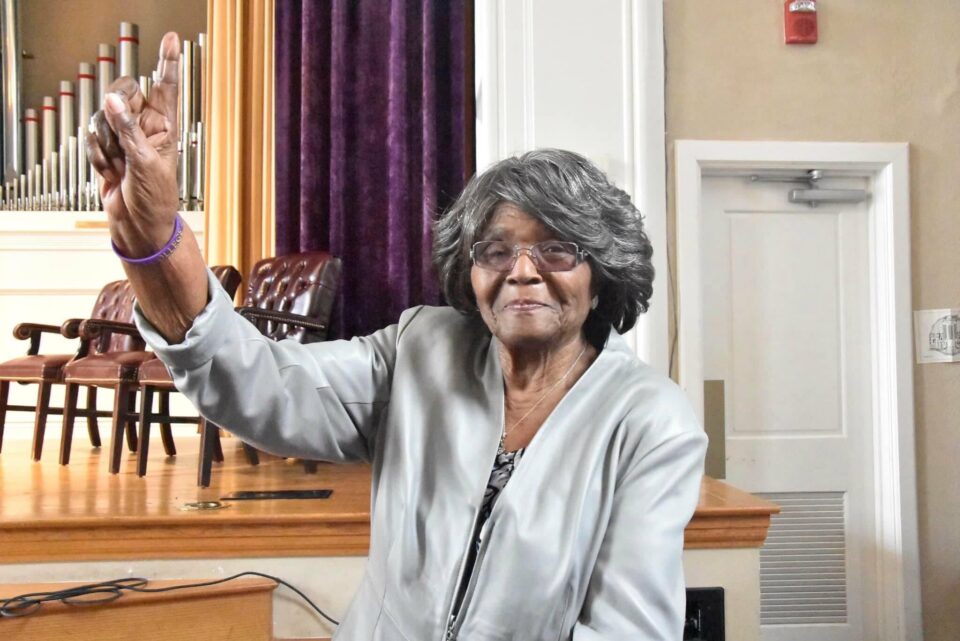 Autherine Lucy Foster, the first Black student to break the color barrier at the University of Alabama, has died at the age of 92.

Her family confirmed her death on Wednesday and asked for privacy during this time, AL.com reported.

“She was known, honored, and respected around the world after she broke the color barrier at the University of Alabama,” her daughter Chrystal Foster said in a statement. “She passed away at home, surrounded by family. We are deeply saddened, yet we realize she left a proud legacy.”

Foster’s death comes less than a week after she cut the ribbon on the school’s newly-named college of education building, where she once sheltered herself from a racist mob during her integration at the school.

“For you to bring me out today, the Lord must be on each of our sides,” Foster said during her Friday speech. “If I am a master teacher, what I hope I am teaching you is that love will take care of everything in our world.”

Back in 1956, Foster briefly attended classes at the then all-white university but was expelled three days later due to the protests and threats made against her life, NBC News reported. Foster faced angry white mobs and hostile crowds while attending classes. She was later celebrated for being brave enough to help desegregate the university.

The school released an official statement in remembrance of Foster’s legacy.

“While we mourn the loss of a legend who embodied love, integrity, and a spirit of determination, we are comforted by knowing her legacy will continue at The University of Alabama and beyond. We were privileged to dedicate Autherine Lucy Hall in her honor just last week and to hear her words of encouragement for our students. Dr. Foster will always be remembered as one who broke barriers, reminded us of the respect due to every individual, and lived a life of strength in steadfast service to her students and community.”