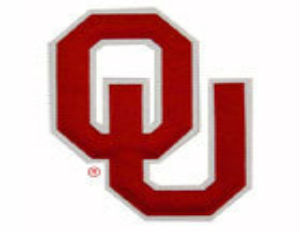 After a video surfaced Sunday of University of Oklahoma students singing a racist chant in regards to African Americans not being allowed in the Sigma Alpha Epsilon (SAE) fraternity, the university has expelled two students who played a leadership role in the video.

The university’s President David Boren announced the expulsion Tuesday, making it clear that the university has a zero tolerance policy for racism.

“I have emphasized that there is zero tolerance for this kind of threatening racist behavior at the University of Oklahoma,” Boren said in a statement. “I hope that the entire nation will join us in having zero tolerance of such racism when it raises its ugly head in other situations across the country.”

After the 10 second video was posted online, the university closed the fraternity’s chapter and gave SAE members until Tuesday to gather their belongings and vacate the fraternity house.

Parker Rice, 19, said in a statement to The Dallas Morning News, “I am deeply sorry for what I did Saturday night. It was wrong and reckless. I made a horrible mistake by joining into the singing and encouraging others to do the same. OnÂ  Monday, I withdrew from the university, and sadly, at this moment our family is not able to be in our home because of threatening calls as well as frightening talk on social media.”

The parents of student Levi Pettit, who is also from the Dallas area, issued a statement to the newspaper as well.

“He made a horrible mistake, and will live with the consequences forever,” said Brody and Susan Pettit. “We were shocked and saddened by this news as anyone. Of course, we are sad for our son — but more importantly, we apologize to the community he has hurt.

Both of the expelled students said they had been taught the song, while the fraternity’s national headquarters said the song was not a part of SAE tradition.

“Several other incidents with chapters or members have been brought to the attention of the headquarters and staff leaders, and each of these instances will be investigated for further action,” SAE said in a statement.