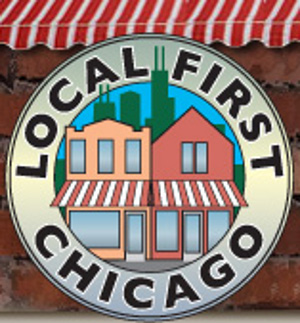 Local First Chicago, in conjunction with the Department of Business and Consumer Protection (BACP) and the City of Chicago Small Business Center, has officially launched the 2013 Unwrap Chicago campaign for 2013.

The campaign encourages residents to use locally owned independent businesses when shopping during the holiday season.

LFC is a network of locally owned, independent businesses, community organizations and residents joined together to keep money and character in our neighborhoods and build a thriving local living economy.

In addition to the Unwrap Chicago campaign, Local First is launching a year-long program called Eat, Drink & Buy Local 365. This program will continue past the holiday season and promote the use of local businesses year round by encouraging residents to pledge to shift at leastÂ $365Â a year, per household, to local businesses. By shifting that much yearly, it can have a more thanÂ $100 millionÂ positive impact onÂ ChicagoÂ neighborhoods.

“Thank you to the manyÂ ChicagoÂ residents who will take ‘The Pledge’ to shift a percentage of their holiday shopping dollars to locally owned stores, restaurants and entertainment establishments,” said Small Business Center Chief Small Business Officer,Â Roxanne Nava. “Together, with Unwrap Chicago, we can keep millions of dollars inÂ Chicago.”

“The holiday season is key to so many locally owned independent businesses, and can set the tone for the rest of the year for many,” saidÂ Peter Locke, Board President, Local First Chicago. “This is why it’s so critical for residents to consider shifting their holiday spend away from large chain stores to locally owned businesses. That money goes right back into the community, strengthening the neighborhoods ofÂ Chicago.”