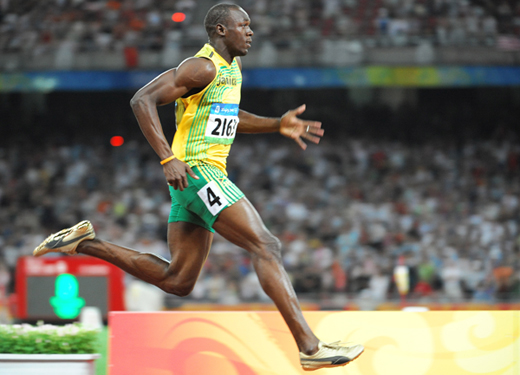 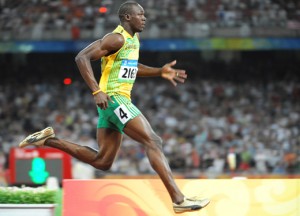 Usain Bolt entered the 2008 Summer Olympics as somewhat of a curiosity. Yes, he had recently set the world record in the 100-meter dash, but few people outside the track and field world knew much about the 6-foot-5 Jamaican. He had excelled at the 200-meter distance, but was relatively new to the 100-meter event. His only sponsors before Beijing were Puma, which signed Bolt to a small deal in 2003, and Digicel, a Jamaican mobile phone company.

Three gold medals and three world records later, Bolt left Beijing as one of the most famous athletes on the planet. He set records in the 100 and 200, becoming the first man to capture Olympic gold in both events since Carl Lewis in 1984. He was part of the 4Ã—100 meter Jamaican relay team that shattered the world record on the way to another gold. Life has never been the same for the world’s fastest man.

As Bolt’s fame soared, his paycheck took off as well. Bolt earned an estimated $20.3 million over the last 12-months from prize money, bonuses, appearance fees and sponsors. He ranks No. 63 among the world’s highest-paid athletes. Bolt has a ways to go to challenge LeBron James and Kobe Bryant in terms of earnings, but his income is more than 20 times what other elite sprinters typically make in a year and more than any other athlete in the history of track and field.

Read the rest of this article at Forbes