5 Reasons Usher's Relationship With His Mom is Weird 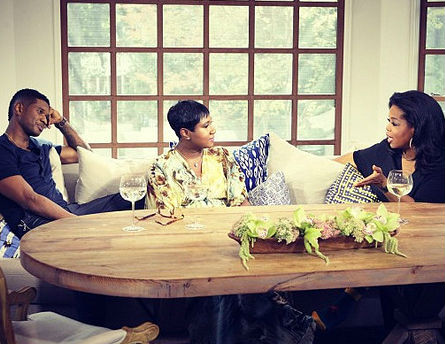 Though millions tuned in to see Usher in a sit-down interview with Oprah Winfrey on her television show, Oprah’s Next Chapter, many were still left with questions. Some were perplexed by Usher’s relationship with his mother Jonetta Patton, who opened up about why she didn’t attend her son’s wedding to ex-wife Tameka Foster-Raymond.

Patton, who managed Usher since he was a teenager, was released of her managerial duties shortly after Usher married his ex-wife, however, the two adamantly denied that the reason was because of Patton’s opposition to the marriage. Some viewers weren’t satisfied with the pair’s responses and, more critically, observed a seemingly odd chemistry between the two.

Here are five reasons why Usher’s relationship with his mom teetered on the weird side, according to Uptown Magazine.