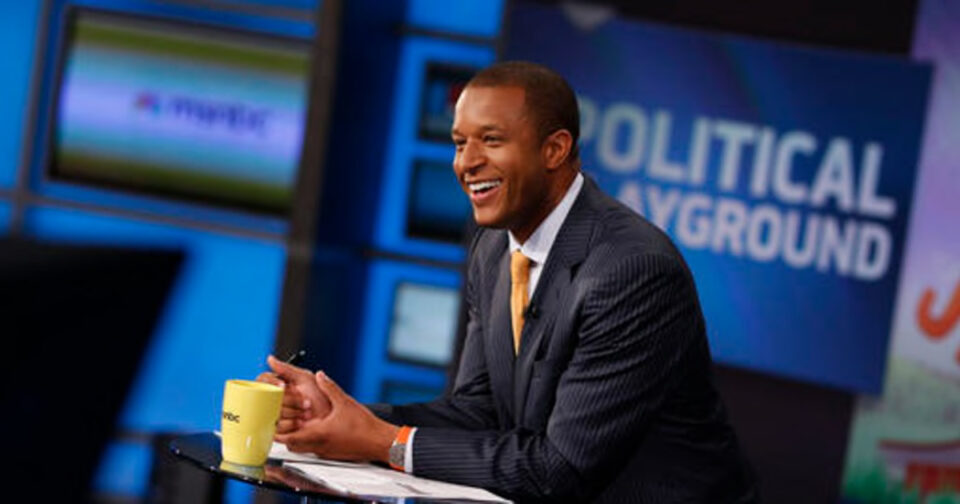 During an emotional Thursday broadcast, seasoned journalist and MSNBC anchor Craig Melvin, announced his farewell from the Craig Melvin Report and the cable network.

Melvin officially signed off of his late-morning show on Thursday. A rotating lineup of anchors will lead the hour until a permanent replacement has been hired.

“This nearly decadelong stretch of hosting a cable news program has been a tremendous honor, and I’m so very thankful for the opportunity to really have had a front-row seat to so much history,” Melvin said, USA Today reported. “Tumultuous campaigns, elections, natural disasters, far too many mass shootings, and of course, a global pandemic.”

.@CraigMelvin: “Thank you for letting me into your homes, your businesses, and your vehicles for an hour everyday. I appreciate you seeing the value of journalism.” pic.twitter.com/HLyd3nzgQf

He continued: “So many of the stories I’ve covered here, and the people I’ve met on assignments, have moved me in myriad of ways. Some days sad, angry, confused, but always hopeful.”

The Columbia, South Carolina, native joined MSNBC as a dayside anchor and NBC News as a correspondent in 2011. He has served as anchor and co-host for MSNBC’s 11 a.m. hour, NBC’s Saturday Today and Today’s Third Hour between 2016 and 2019.

Amid his farewell, the veteran host choked up while expressing his gratitude for the support he’s received from his family over the years.

“My mom cultivated the curiosity that landed me here, and my dad, who taught me hard work pays off: It’s not how you start, it’s how you finish,” said a nearly teary-eyed Melvin. “And my wife Lindsay, who’s endured long days and short nights and last-minute travel – the glue that really keeps it all together.”

“And thank you for letting me into your homes, your businesses, and your vehicles for an hour every day,” Melvin continued, per the Washington Examiner. “I appreciate you seeing the value in journalism, showcasing the plight of the least among us, simply asking questions, and waiting for answers. We need it now perhaps more than we ever have.”

According to the news outlet, the host will spend the last year of his contract with NBC, while remaining the news anchor for NBC’s Today and co-hosting Today’s Third Hour (9 a.m.) on weekday mornings.