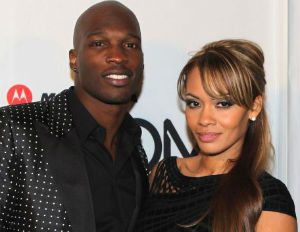 VH1 has cancelled the duo’s upcoming reality show “Ev & Ocho,” which followed the couple around through their marriage and relationship.

The announcement comes a day after the Miami Dolphins decided to release him from his 1 year, nearly $1 million contract.

Here is the statement they released:

“Due to the unfortunate events over the weekend and the seriousness of the allegations, VH1 is pulling the series ‘Ev and Ocho’ from its schedule and has no current plans of airing it,â€ read an official statement.

What do you think of this story?