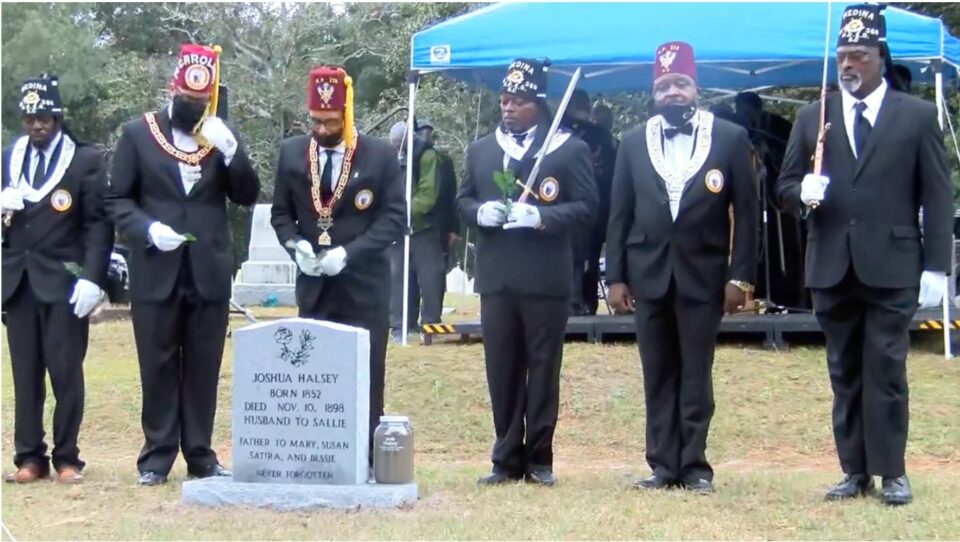 Joshua Halsey, one of over 200 people killed during the 1898 Wilmington Race Riot, was buried by several of his descendants on Saturday, with the support of community organizers and the city of Wilmington.

Before this, Halsey’s remains had been in an unmarked grave for over 120 years.

According to CNN, the search for his body began in 1998 when, on the occasion of the massacre’s 100th anniversary, he was one of two victims whose names were released in a report by the state of North Carolina.

Historical research group Third Person Project then took up the task of locating his burial site to be moved to a marked gravesite and honored properly.

“We were in shock, because this is so unprecedented,” said Halsey’s descendant Elaine Cynthia Brown of the moment the family learned his remains had been located.

“But then we said, ‘You know what? Why not Joshua?’ Why not be the beacon of what can happen when we sort of unearth the truth, uncover the truth and unpack it? You know, this is where it’s going to start, and the stories are going to come out as more victims are found, and we hear their stories. But we now know that it exists. We now know that we can change it. We now are getting the true history of what happened here.”

The 1898 Wilmington Race Riot is often referred to as the only violent, successful coup d’état in the United States. Like many other cities across the country during the Reconstruction Era, Wilmington boasted a thriving Black business district, and several African Americans were elected to various positions within the city’s government.

As a result, rioters didn’t just target Black-owned businesses; Black elected officials were also forced to resign their positions and were replaced by white supremacist leaders.

The Third Person Project estimates as many as 250 victims may have been killed in the massacre, which took place on Nov. 10.

Halsey’s memorial is one of several events planned by Wilmington to pay homage to the lives lost in 1898.