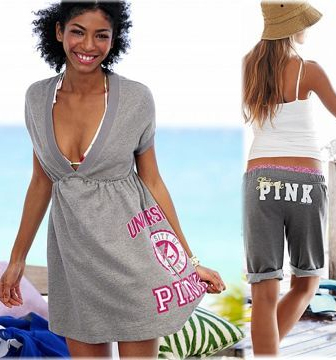 When Victoria’s Secret Pink rolled out its nationwide collegiate collection in June, featuring the names and logos of some 33 universities on sweats, hoodies, football tees, and totes, the promotion didn’t include any historically black colleges and universities (HBCUs). This fall, the brand plans to include five HBCUs in the second phase of its collegiate collection.

But, for Amelia Reid, a sophomore at Howard University and a Pink fan, the initial omission was hard to take.

“Going to Howard, where the students are very into academics and also into fashion, I thought ‘Wow, this is crazy,’â€ says Reid, who is studying political science and fashion merchandising. “Here is another company that doesn’t acknowledge black colleges. A lot of girls from Howard wear Victoria’s Secret and work there also. It shouldn’t have been just those typical schools that come to mind when you think of college.â€

Reid e-mailed Victoria’s Secret to express her dismay and was upset when she received a response that she describes as “sugar-coatedâ€ and dismissive. Her disappointment materialized into a crusade to bring Pink onto the campuses of HBCUs. Early in July, she started a Facebook group “HBCU Ladies Wear Victoria’s Secret Pink Tooâ€ in an effort to encourage people to write to the company and complain about the HBCU oversight. By late July, the group had more than 400 Facebook members.

A few days after Reid’s initial e-mail, Richard A. Dent III, chief operating officer for Pink, contacted Reid through her Facebook group after someone forwarded him her complaint. “I reached out to her because she was a fan of the brand. I wanted her to know that we were not being insensitive, and we did have a plan,â€ says Dent, a graduate of Florida A&M University’s business school and a member of the school’s board of trustees.

According to Dent, the first HBCU schools that will roll off the Pink line will be Howard University, Florida A&M University, Hampton University, North Carolina A&T University, and Southern University. “We have agreements with the licensees who handle collegiate apparel for those schools, and this has been in the works for some time,â€ he says. Dent adds that the company plans to include students from the schools in internships at Victoria’s Secret, and feature promotions at their homecoming events.

Pink, a collection of loungewear geared toward young, college-aged women, first appeared in Victoria’s Secret stores in 2004. Since then, the brand has solidified its success within the parent company, Limited Brands, a retailing behemoth that includes Bath & Body Works and Henri Bendel.
Dent says he didn’t view Reid’s Facebook group negatively. “We encourage people to be vocal [about our product],â€ he says. “Victoria’s Secret and Pink’s mission is to have relationships with our customers.â€

Pink used the size of the university’s undergraduate and alumni population, geographical reach, and revenue from royalty sales to determine which schools would be included in the initial roll out, but Dent