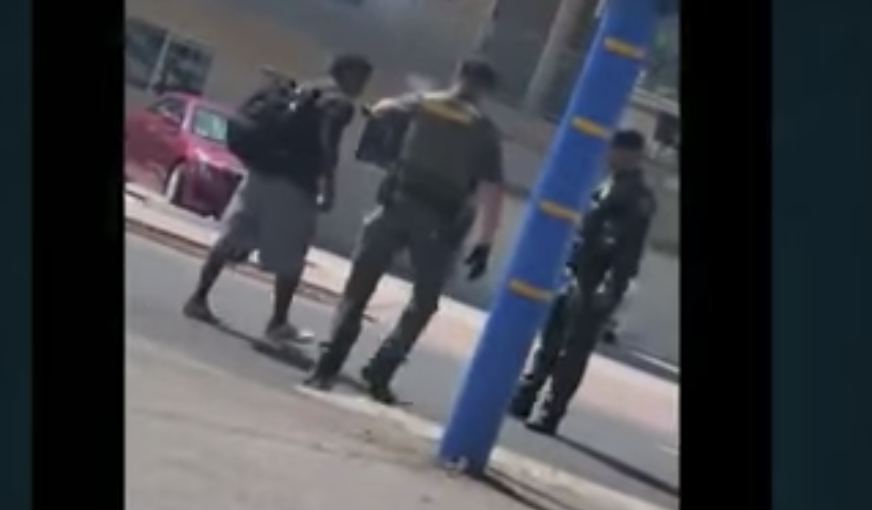 On Wednesday, the Orange County Sheriff’s Department (OCSD) released a video of the incident involving the shooting death of a Black homeless man in San Clemente.

According to KTLA, a deputy shot and killed Kurt Andras Reinhold after reportedly stopping the 42-year-old man for jaywalking. The OCSD has since been accused of using excessive force.

Newly-released dashcam footage, a witness’ cellphone video, audio from deputy microphones and video from a nearby motel captured Reinhold’s shooting death that occurred on Sept. 23, 2020. The OCSD doesn’t have department-issued bodycams.

The recordings showed two deputies accosting Reinhold as they reportedly attempt to direct the man back to the sidewalk. But an off-camera conversation between the two deputies revealed the homeless liaison officers didn’t address Reinhold’s mental health.

“Watch this. He’s going to jaywalk,” one of them can be heard saying on the dashcam footage.

The deputies debated if Reinhold was jaywalking, with one telling the other, “Don’t make case law.”

The men then approach the man as he stood on the sidewalk at the crosswalk.

“Are you going to stop, or are we going to have to make you stop?” one of the deputies asks Reinhold multiple times.

Reinhold asked, “For what?”

The deputy gave jaywalking as the reason for the stop.

“What are you talking about? I’m walking,” an agitated Reinhold replied, telling the deputies to stop touching him.

Cellphone footage of the incident showed the unarmed man squabbling with officers as they tried to prevent him from leaving.

Instead of officers attempting to deescalate the tense situation, they tackled Reinhold to the ground, and a struggle ensued.

One of the officers said he was arresting the man for resisting.

Shortly afterward, a deputy was heard saying, “He’s got my gun.”

Two shots were fired, killing the man. Video footage showed the deputies performing CPR, but to no avail- Reinhold was pronounced dead at the scene.

According to the Orange County Register, the man’s family filed a wrongful death suit against the OCSD.

“These officers are supposedly trained to deal with people who are homeless or experiencing some sort of emotional problem,” said John Taylor, a lawyer for the Reinhold family. “How do we get to Kurt ending up on the ground, being jumped by the two officers, and end up being killed?”

According to the publication, in the aftermath of Reinhold’s death, protests were held in San Clemente.