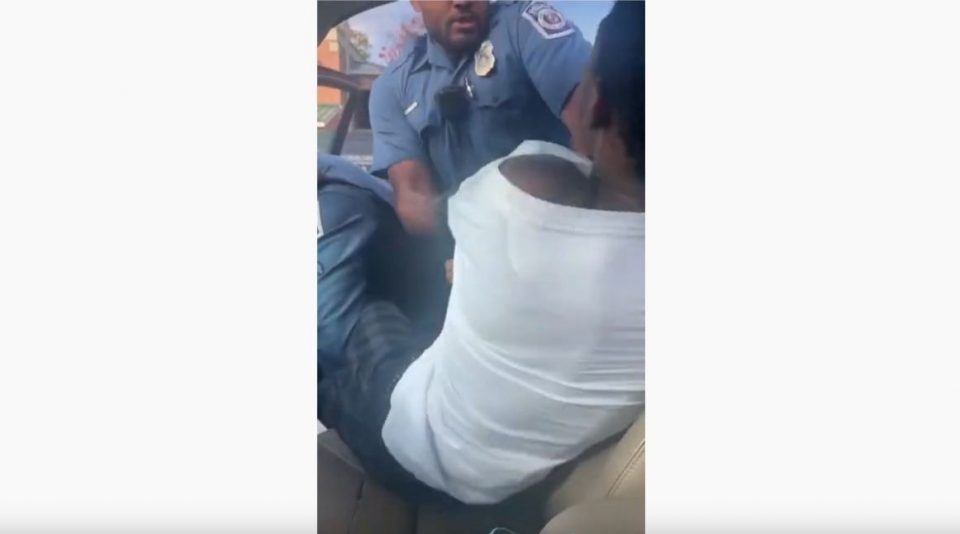 A Black man in Maryland was seen in a viral video being arrested by police officers after refusing to show his identification while sitting in a vehicle’s passenger seat, according to The Baltimore Sun.

The incident, recorded in a TikTok video clip, shows Anne Arundel County police officers arresting 23-year-old Antoine Wedington for refusing to show his ID during a traffic stop. Wedington’s girlfriend, Heather Janney, was accused of going 45 miles per hour in a 30 miles per hour zone on October 19. The video, posted last Friday, shows Wedington questioning the police officers on why they were requesting his ID as a passenger.

After the physical confrontation, the officers arrested Wedington at around 3:15 p.m. on Oct. 19 near Shady Side Road and Deale Road in Churchton. Janney, who was driving the vehicle, was cited for the traffic violation and was released at the scene, police said.

The TikTok video has generated 5 million likes. According to The Baltimore Sun, Janney has posted several videos of the incident under the TikTok account @heatherjanney. Those videos were viewed more than 22.5 million times as of Saturday afternoon, prompting national coverage.

Although the police officers weren’t given an ID, police spokesman Lt. AJ Gardiner said Wedington had two active Anne Arundel County warrants out for his arrest: a circuit court bench warrant for failure to appear in court on Oct. 5 and a retake warrant for violating conditions of parole and probation.

Officers said they were still able to identify Wedington because of prior alerts placed on the license tag, according to the police department.