YOU GO GIRL! Watch This 7-Year-Old Track Star Smoke Her Competition, Even After Losing Her Shoe 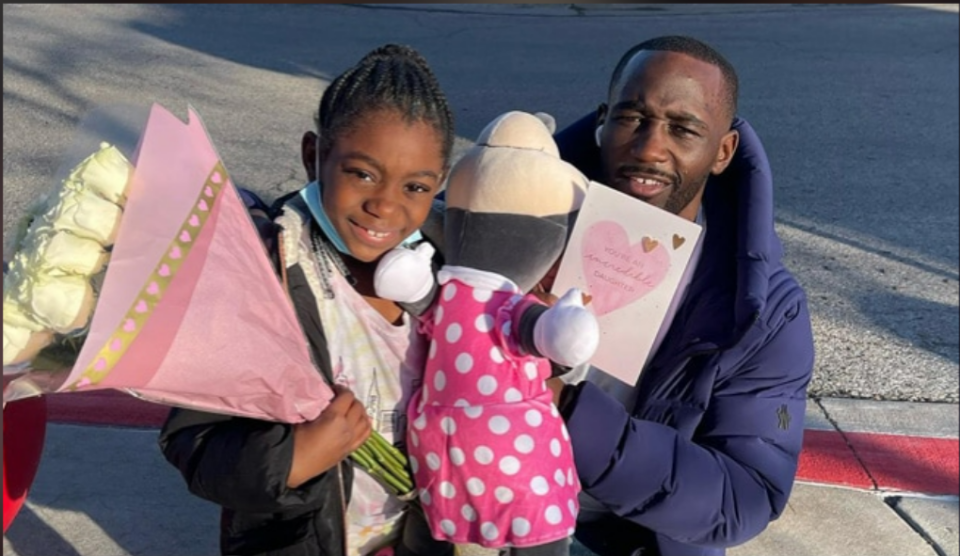 Talaya Crawford is the daughter of boxing star Terence Crawford. He and Black Twitter have deemed the 7-year-old girl a “superstar” after running in a track meet this past weekend and won, even after her shoe came off as she was coming out of the blocks.

TMZ Sports first shared the video on Sunday, which showed the little girl getting off to a rocky start when the race started. Talaya’s shoe came off, but she got it and put it back on. She then took off and still dominated the race.

In the video her dad filmed, you can hear the audience roaring as they realize that Talaya has a chance to win. She not only won, but she won by a significant distance.

“She just doesn’t have a clue how much she just motivated me. This is the definition of not giving [up], heart and grit. She let it all hang out even when she was hit with adversity.”

The video has garnered more than 300,000 views on Crawford’s Instagram, and commenters keep singing Talaya’s praises. One user wrote, “she’s cut from a different cloth man, they had a 4-5 second head start and she still beat like a boss. Certified MVP.”

The video has been viewed more than 7 million times on Twitter.

According to Omaha.com—the little girl has been running with the Apollo Track Club of Omaha for about two years. Shunta Paul, one of the club’s head coaches, said Talaya runs the 100- and 200-meter distances.

The race was on Saturday at the Wings of Omaha Invitational held at Northwest High School. Her coaches said that she shouted for officials to stop the race when she ran out of her shoe, but they did not. Paul said that the little girl was embarrassed by the flub and pledged to keep her laces nice and snug in the future.

Her coaches have called it a teachable moment. “It teaches you to never give up,” Paul said. “To me, this just speaks volumes never to give up. To adults as well, not just for kids.”