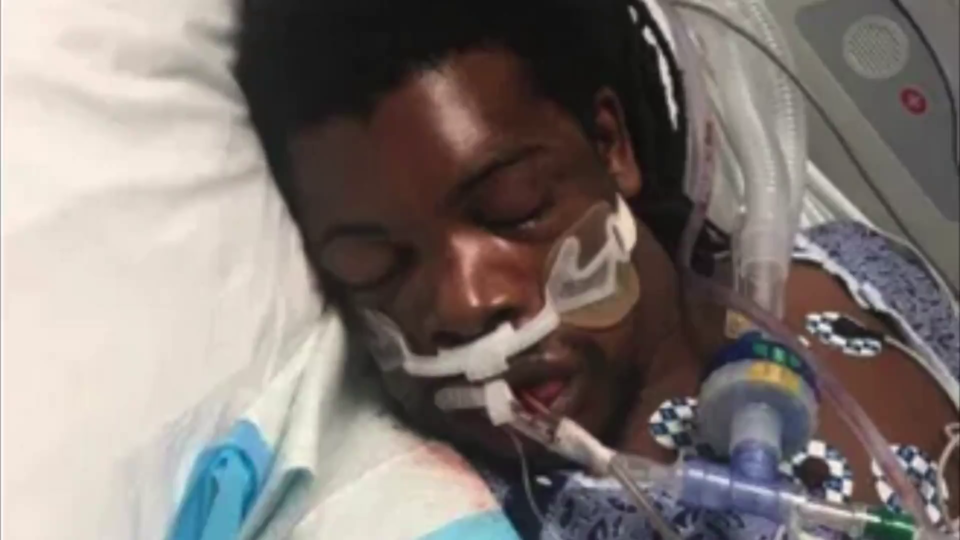 A young Black man was brutally beaten by police officers in Douglas, Georgia, after an encounter that almost left the man dead.

The Georgia Bureau of Investigation (GBI) has announced that it is investigating the occurrence as a use of force incident between Coffee County deputies and the Black victim who has been identified as 29-year-old Pernell Harris of Douglas, Coffee County.

This disturbance took place last week on Aug. 25, 2021, at approximately 6 a.m. According to officials, the Coffee County Sheriff’s Office was notified via a 911 call that there was a domestic dispute at 300 Sleepy Hollow Road in Douglas.

Officers have stated that they spoke with a woman who said that Harris was under the influence of an unknown drug while waiving a weapon in the presence of her and her son. The police officers had approached Harris inside the residence and found a gun in a backpack that he had on him. Harris was arrested after struggling with the police officers before he was taken to the Coffee County Jail. Officers claim that Harris became unresponsive at the jail before he was transported to Coffee Regional Medical Center.

The incident was caught on video as Harris is seen struggling with the police officers as they try to remove him from the property. The video shows him being tased and then punched as one of the officers pulled on his dreadlocks to try to take him into custody.

On Tuesday, the GBI asked for anyone who may have witnessed the incident to come forward in hopes of gaining more information.
“The GBI is investigating a use of force incident between a Douglas, GA man and Coffee County deputies.
Anyone with information or video of the incident is asked to contact the GBI’s Regional Investigative Office in Douglas at (912) 389-4103. Anonymous tips can also be submitted by calling 1-800-597-TIPS(8477), online at https://gbi.georgia.gov/submit-tips-online, or by downloading the See Something, Send Something mobile app.
Read more —> https://gbi.georgia.gov/…/gbi-investigates-use-force…“