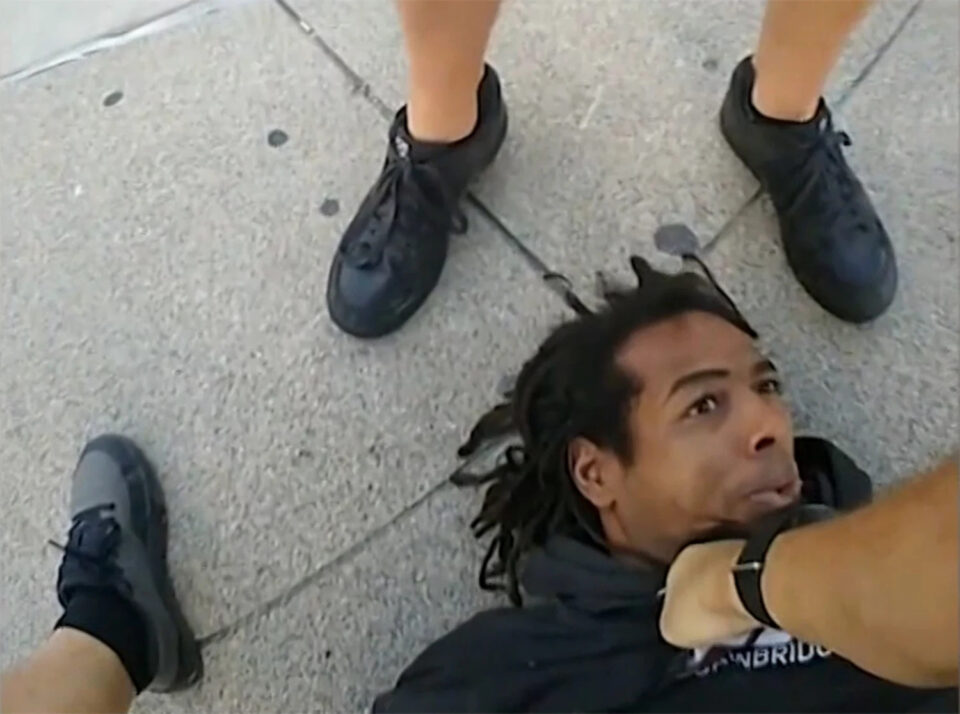 Eric Huxley, 44, has been indicted by a federal grand jury for violating the victim’s civil rights by using excessive force and has been suspended without pay, according to FOX 59. He also reportedly faces termination along with local felony charges of battery and official misconduct.

The video captured the 15-year veteran inflicting violence on the victim identified as Jermaine Vaughn in September 2021. According to FOX 59, Huxley and two other officers were trying to arrest Vaughn for disorderly conduct. Vaughn was then forced to the ground as he argued with the officers.

“Sgt. Huxley then walks over to [the man], lifts his left leg, and drives his left foot down into [the man’s] face,” FOX 59 reported.

“Within seconds, blood is visible in [the man’s] mouth.”

As seen in the video, Huxley proceeds to yell at Vaughn after kicking him in the face. Vaughn, whose mouth appears bloodied, replied:

“There you go. Police brutality!”

Huxley was charged with one count of deprivation of rights under color of law while using a dangerous weapon, resulting in bodily injury.

“This incident was unnecessary and should have never occurred.”

“I would not tolerate this behavior from any community member; Sergeant Huxley is no exception.”

“As law enforcement officers, we must understand that this behavior violates the community’s trust. We have confidence the judicial system will bring justice to [the man] and his family.”

FOX 59 also reported that the City of Indianapolis, the Indianapolis Police Department, and the police chief face a separate federal lawsuit that claims the two involved officers, Sgt. Christopher Kibbey and Officer Matthew Shores, reported Huxley for the incident and faced retaliation.