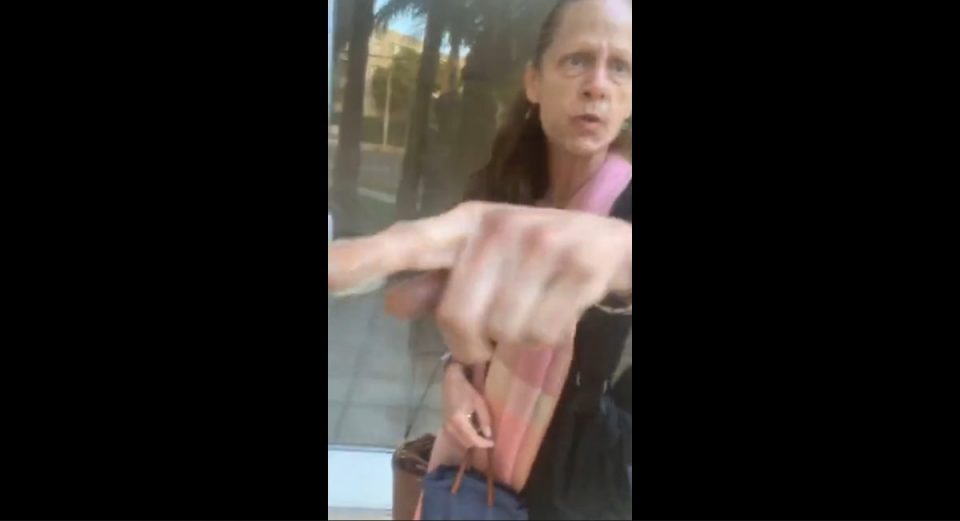 Another white woman has been caught on video confronting a Black delivery worker and questioning his existence at an apartment building where he was making a delivery for a resident, according to NewsOne.

This latest viral incident has occurred in the City of Angels, Los Angeles. The white woman was seen stopping a Black food delivery man from entering her apartment building.

The Postmates delivery worker, Jordan Myke Gipson, posted the clip of the encounter on his Instagram page where he is seen being confronted by the white woman.

Video footage of the encounter shows Gipson making a Postmates delivery to a resident in a building in LA’s Westwood neighborhood when he was confronted by the woman at the entrance.

Like others seeing this video, we’re completely appalled by this event that took place. Postmates denounces racism, and is committed to the safety of everyone using our platform. Please know we are looking into this incident and in the process of reaching out to the courier.

Gipson, who never lost his cool during the whole ordeal, stated that he really filmed the interaction to protect himself in case the woman called the police on him.

“I didn’t want to get arrested,” he said. “It was a white woman, and just how things are going now, I didn’t know how it would transpire.

“Situations like the situation I was in…they don’t make you. They don’t break you,” he said. “They should just be something you went through. Resilience is power.”