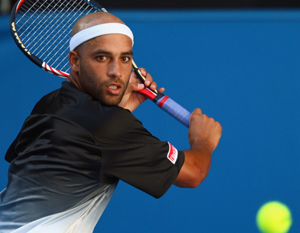 Not the “slam” we were hoping for!

Former tennis pro James Blake, who had an altercation with rogue police standing outside a New York City hotel on Wednesday, received an apology from New York City Police Commissioner William Bratton yesterday. He was mistakenly identified as a criminal during a sting operation in Midtown East.

Today, after a public outcry, NYPD released video of the incident and an internal investigation is pending.

Have you or someone you know had a similar experience? What are your thoughts on what happened to Blake? Leave comments below or on Twitter and Facebook.