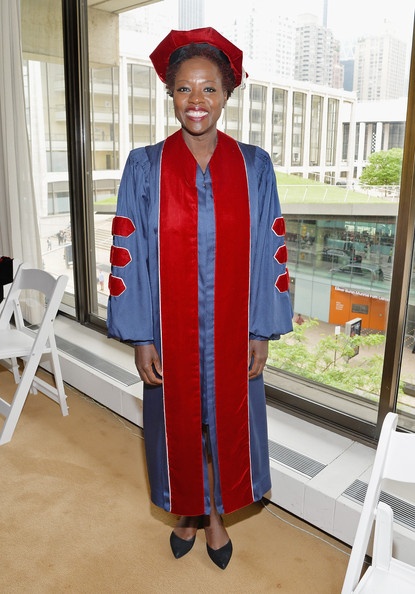 On Friday, May 23, Davis returned to her old stomping ground to collect an Honorary Doctor of Fine Arts degree as she participated in the school’s class of 2014 graduation at Alice Tully Hall in NYC.

The 48-year-old actress, who graduated from The Juilliard School in 1993, is definitely one to be recognized for her great work in fine arts as she will be starring in Shonda Rhimes’Â upcoming ABC show “How to Get Away with Murder,” that is set to air this fall.