Viola Davis 'Won't Back Down' from Controversy 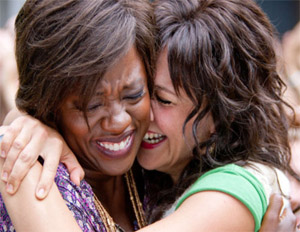 Viola Davis is starring in a new film set to debut this fall entitled Won’t Back Down. Davis portrays a school teacher who teams up with a motivated Mom to bring changes to a failing elementary school. The film focuses on the parent trigger law, which was passed in 2010. The law allows parents to petition to change a schools curriculum and staff, or turn it into a charter school if it is under performing.

The film, which is said to be based on true events, has garnered attention from critics because it is believed to be a veiled anti-teacher and anti-union film. This is based on the fact that one of the partners in producing the film, Anschutz Entertainment Group, is owned by Philip Anschutz. He is known to have donated to Americans for Prosperity ,which is a political advocacy group known to have anti-union sentiments.