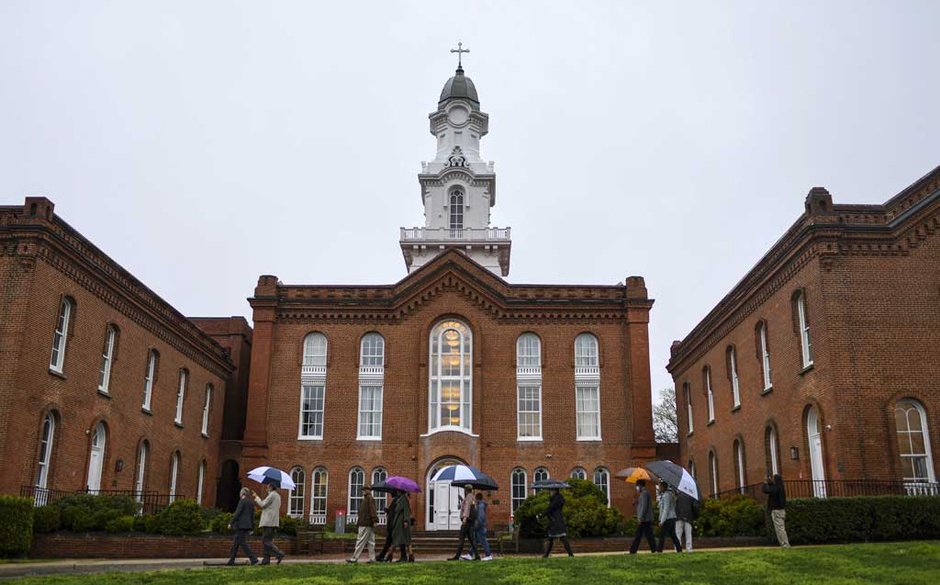 The Virginia Theological Seminary has begun paying reparations to descendants of slaves and Black Americans who built the campus during slavery and Jim Crow.

The Seminary began making cash payments in February worth $2,100, which will come annually from a $1.7 million fund tied to the school’s endowment. According to the New York Times, 15 people have received payments so far, but more will likely be added as genealogists dig through the seminary’s records to search for living descendants.

“When White institutions have to face up with the sins of their past, we’ll do everything we can to prevaricate, and we’ll especially prevaricate if it’s going to have some sort of financial implication,” Rev. Ian S. Markham, the president and dean of the seminary, told the Times. “We wanted to make sure that we both not just say and articulate and speak what’s right, but also take some action—and we were committed to that from the outset.”

The seminary’s reparations program will provide the payment to members of the generation closest to the original workers. If that generation includes people who have passed, the money will go to their children. If someone passed away with no children, the money would be split up among the eldest generation.

RELATED CONTENT: Students Call For Colleges to Atone for Slavery Ties Through Forms of Reparations

Leaders of the seminary acknowledged it can be hard to determine who will receive money and how much but added it will take the issue head on. One example is Carter Dowling, an enslaved Black man who escaped from the seminary and built a life of his own. Dowling was Black but his grandchildren and their descendants identify as White.

Located about a half an hour outside of Washington D.C. the Virginia Theological Seminary graduates about 50 students a year and has a $191 million endowment. The expansion of the reparations program will coincide with the seminary’s 200th anniversary in 2023.

The seminary’s reparations program could jump start reparation programs as universities begin to acknowledge that enslaved Black Americans built their campuses. Harvard University and Georgetown University have acknowledged their connections to slavery. The Princeton Theological Seminary, located in New Jersey, promised to spend $27.6 million on scholarships and other educational initiatives to address its historical ties to slavery.

In April, 80 percent of Brown University students voted in favor of reparations to descendants of slaves affiliated with the school and its founders.