It all started as a challenge. Jordan Coleman, the voice of Tyrone the Moose from Nickelodeon’s Emmy award-winning show The Backyardigans, was encouraged by his parents to take some of the money from his acting job and put it back into the community.

The 13-year-old responded with the idea to create Say it Loud (www.sayitloudfilm.com), a documentary about the importance of education for African American boys.

“They just wanted to be the next Michael Jordan or Lil Wayne,â€ recalls Coleman, who noticed a lack of focus toward schoolwork among his African American male peers. He wanted to show the many other career options, especially given the fact that the 10 states with the lowest graduation rates for black males collectively enroll 40% of the black male public school population. To show his peers that with education nearly anything can be attained, Coleman, an honor roll student and talented athlete, began work on his documentary in December 2007.

Whether he was writing the script with his mother or working with the film’s editor for hours on end, Coleman had a hand in the entire production process. “Editing was long and boring,â€ recalls the eighth-grader. “But in the end it was a great learning experience.â€ Coleman put up $25,000 of the film’s $35,000 budget, which went toward hiring a film crew (three cameramen, grips, editors, and sound experts), travel expenses, and production costs.
And Coleman went straight to the top, enlisting the help of some of the most celebrated and notable men to help get his message out, including the Rev. Al Sharpton and Newark, New Jersey, Mayor Cory Booker. All the men offered exclusive interviews in which they shared personal anecdotes about their school days and touted the importance of education.

“A film made to encourage young black men to recognize the importance of education, make right decisions, and live a positive, healthy lifestyle is something I wanted to be part of,â€ says Michael Strahan, the in-studio analyst for Fox NFL Sunday and a former New York Giants defensive end, who is featured in the documentary.
The film took a year and a half to make and debuted in June 2008 in New York City. More than 450 people came out in support of the young filmmaker. AMC’s Summer Movie Camp screened the film in seven cities, including Miami, Washington D.C., and Chicago. Coleman traveled to each city and, after the screening, spoke to audiences about the importance of getting a good education and doing well in school. Next up is the 2009 Back to School Film Tour. Slated to begin the end of July, the tour will hit 10 cities. The film continues to be screened at schools, churches, and libraries across the country; so far, an estimated 50,000 viewers have seen it. Regardless of the size of the venue, Coleman hopes his film encourages both young and old.

“Everyone needs to know that education is the foundation for success,â€ says Coleman, who wants to be a broadcast sports journalist when he grows up. “If you don’t have a good education, you can’t have a good life.â€

This article originally appeared in the June 2009 issue of Black Enterprise magazine. 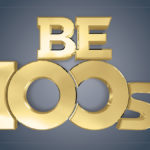 Get Back on the Road