Know Your Rights Before Hitting the Polls 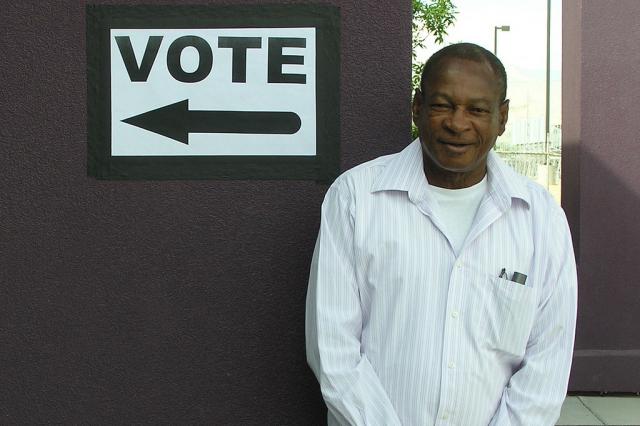 American voters are poised to make history one way or another next Tuesday, and election officials around the nation are bracing for what will likely be an unprecedented voter turnout of 130 million. There will seemingly be endless lines, voting machine problems and pitfalls, and tactics deemed as the usual political dirty tricks used to deter or discourage people from exercising their right to vote.

“Voter suppression can be by design or by accident. You may face poll workers who don’t know what they’re doing, give you bad information or won’t help you out. The machines might not be working and the workers aren’t prepared to help the crowds,â€ says Melanie Campbell, CEO and executive director of the National Coalition on Black Civic Participation Inc. “But those who are responsible for election administration have to make sure they’ve allocated machines based on projected turnout, and it can’t be projections based on four years ago.â€

According to David Bositis, senior research analyst at the Joint Center for Political and Economic Studies, young or African American voters will be the most frequent targets. “When you decide who and how you’re going to challenge people, it’s helpful to have some attribute as a rule of thumb. That’s why race is handy,â€ Bositis says. “Republicans know that by at least 90 to one in past elections, and maybe even more this time, African Americans are going to vote Democrat. So for every hundred black voters that they can keep from the polls they’ve gained 80 votes.â€

Typical voter suppression tactics might include demands for identification, evidence that a person is registered, and charges that he or she isn’t properly registered. Even before they line up to cast their ballots on Election Day, voters may receive recorded telephone calls, known as robocalls, or anonymous mailings giving them false information about when and where to vote or indicating that they cannot vote if they are facing foreclosure.

Do not be fooled, Campbell warns, adding that there are some important steps people should take before Election Day to ensure that they are able to vote and that their votes are counted.

He advises voters to verify their registration and poll location before Election Day. Call the Unity 08 Voter Assistance Hotline at 1-866-MYVOTE1 to ensure you are listed on the voter registration rolls with your local Board of Elections.

Even though you are certain you’ve registered properly and know where to go, polling sites are often changed at the last minute. And, according to the Brennan Center for Justice, states sometimes purge voters from the rolls if election officials cannot match their voter registration against information in other government databases. As a result, between 15% to 30% of all matches fail because of typos or administrative errors such as the discrepancy between a hyphen in someone’s name in one database but not another. Brennancenter.org and Blackcampaign.org can also provide voting information and barriers for each state.