Joe Biden Tells Black Crowd: 'Romney Will Put You Back In Chains' 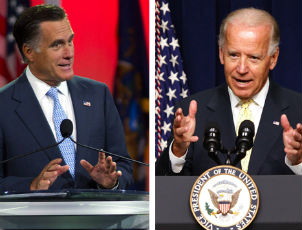 Vice President Joe Biden is attracting heat from the Republican Party for his comments about Mitt Romney and Wall Street at a campaign stop today.

At a campaign event in Danville, Virginia comprised of mostly blacks and whites, Biden said that Romney and Wall Street may turn back the clock to a forgettable time.

“(Romney) is going to let the big banks once again write their own rules, unchain Wall Street,” Biden said at a campaign event in Danville, Virginia. “He is going to put y’all back in chains.”