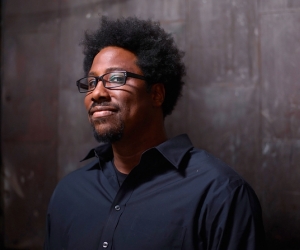 With a deadly combination of comedy, politics, race and political satire, W. Kamau Bell, sets his sights on the land being occupied by the likes of Jon Stewart and Stephen Colbert. The FX late-night hit Totally Biased, is being executive produced by Chris Rock.

Having just been renewed for a full season, after just 6 shows, Bell caught Chris Rock’s attention after seeing Bell’s 2010 solo comedy show, “The W. Kamau Bell Curve: Ending Racism in About an Hour” and his 2010 stand-up album, “Face Full of Flour,” was named one of the top 10 comedy albums on iTunes that year.

‘I see myself as the campfire for the revolution. We’re not the revolution, but we give you warmth and reprieve, so you can then get up and have ammunition. I love that my work can be educational and hilarious.’ states Bell

You can read the interview at The Root