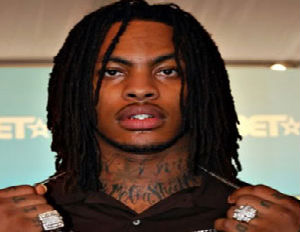 Atlanta rapperÂ Waka Flocka Flame was ordered to pay more than half a million dollars in damages for a shooting that happened in North Carolina last year, according to the Urban Daily.

Waka Flocka reportedly took his tour bus to a car stereo installation shop in Charlotte, North Carolina when he noticed two vehicles entering the store’s parking lot. Waka was wearing more than $100,000 worth of jewelry at the time.

Waka Flocka’s security team began firing shots when three men exited the vehicles, claiming the trio made threats against the rapper. Initially, police believed the shooting was a result of a shootout between Waka Flocka and victim Antonio Stukes. Stukes was charged with attempted armed robbery, among other things. However, those charges were dropped due to insufficient evidence.

Stukes’ lawyer says his client was only trying to hand Waka Flocka his demo CD when he was shot.