Want to Know What Michael Jordan Got Himself for Christmas? 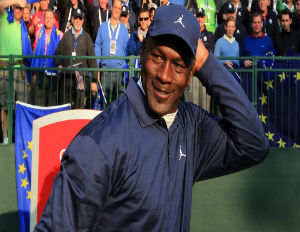 Just in time for Christmas, the greatest basketball player to ever play the game finally has somewhere else to lay his head — and store his cigars.

Michael Jordan recently finally put the finishing touches on the Florida home he’s been building for the past three years. The 28,000 square foot palace comes in right at a cool $12.4 million. The mega-mansion comes replete with a cigar-friendly movie theater that was made with special equipment to handle large volumes of cigar smoke.

The 3-acre, 11-bedroom compound is being built in the middle of an ultra-exclusive golf course community called the Jack Nicklaus’ Bear Club. He’ll be in very close proximity to another legend: Tiger Woods.

The original Jumpman put his Chicago manse on the market earlier this year and is having difficulty selling it. The 56,000 square-foot,Â 9-bed home comes with seven gated acres, garage parking for 15 cars, a pool, a pond, a tennis court and putting green for $29 million.

It’s probably going to be sitting there for a while.

For more on Jordan’s new digs, head to TMZ.