Want Your Resume to Stand Out? Use GIFs 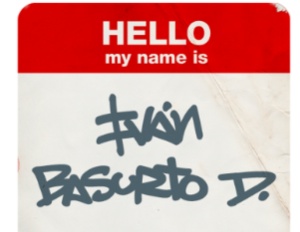 Ivan Basurto used the Internet's love of GIFs to showcase his resume visually, as opposed to textually.

There are hundreds of ways to customize your resume and make it stand out from the crowd.

But Ivan Basurto, an Ecuador-based designer, is ensuring that his resume stands out among the sea of black text on white paper. With GIFs.

According to Vice’s The Creator’s Project, Basurto’s using his resume to hopefully land a job at Mayo DraftFCB in Peru, or Ogilvy Brazil.

The Tumblr layout illustrates his general information, expertise, and awards, all with well-designed animated GIFs. Under most are links to his actual text-based resume for a more in-depth look at his skills.

You could argue that the use of GIFs is unprofessional, especially in a business setting. But in the case of Basurto’s design background, this serves as an excellent showcase of his creativity and unique perspective on design, a much sought-after aspect in the design community.

Take a look at some of his GIFs below, or check out his GIF resume here.