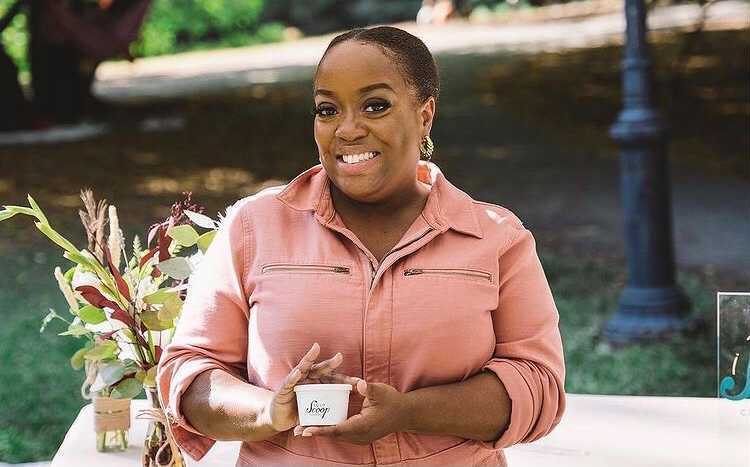 While the road to entrepreneurship was bitter for this stylist-turned-CEO, the results of quitting her job and starting an ice cream making business during the pandemic was sweet.

Solo Scoop Creamery CEO Dennine Dyer was living a successful career as a wardrobe stylist when COVID-19 changed everything. A recent project with TLC’s “Say Yes to the Dress America” landed her work on a huge billboard in Times Square.

Dyer’s Trinidadian parents were initially against her pursuing a risky career, CNBC reported. Dyer, 32, said the billboard felt like her “Mama, I made it” moment, but then things changed.

When clients cancelled, Dyer didn’t cry over spilled milk. Instead she spent the next few months inside her one-bedroom Brooklyn, New York apartment and with her family, hosted virtual cooking classes to stay connected. The 14-member crew of uncles, aunts, cousins, and nephews taught one another how to cook an array of dishes, including traditional West Indian cuisine, focaccia, Pad Thai, and pesto.

Dyer began experimenting with ice cream-making after her uncle refused to lead a class on it. Her first attempt resulted in a Ninja blender explosion, but she didn’t give up.

For the next few months, she researched the ins-and-outs of ice creams, sorbets, ice pops, and popsicle making. Her new creative outlet turned into a business when her family presented her with a $1,400 check to help pay for her license and LLC.

In October 2020, she officially established Solo Scoop Creamery. Her lychee and pear popsicle have become a fan favorite among her customers.

Making handcrafted artisanal ice cream isn’t the easiest endeavor to make profitable, but Dyer has scooped up the courage to make it work.

After investing $19,000 in start-up costs—funded from help from family, personal savings, and credit cards—she finally broke-even with $500 in profit in April. Months later in September, she closed her first year of business with an estimated $5,500 in profit.

The CEO is preparing for a few tough months ahead because ice cream is seasonal. Luckily, she has a community of small batch creameries to lean on and, of course, her parents and extended family are still by her side. She’s also picking up styling jobs as a side hustle.

“When I decided to pivot into ice cream, my parents were like, ‘You’ve proven yourself this far, you’re going to take the risk, you’re not going to listen to anyone else, and we’re just going to support you and encourage you,’” she said. “And I think this is what makes it really special is that I know I have their support no matter what.”