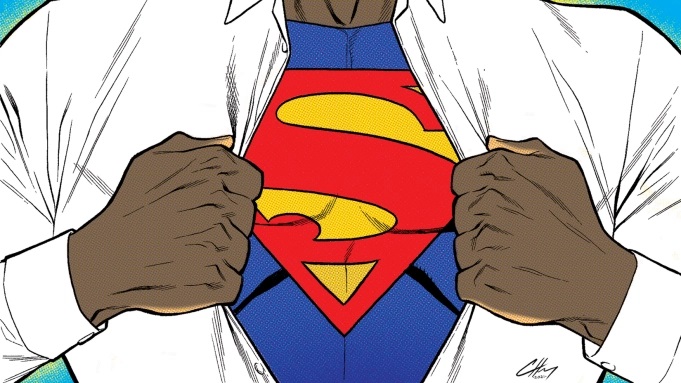 With the “Black Superman” movie set for a future release, Warner Bros. and DC Comics know who they want as a director. Well, kind of.

According to The Hollywood Reporter, with reports of award-winning author Ta-Nehisi Coates (Between the World and  Me) writing the film and blockbuster mainstay J.J. Abrams (the recent Star Trek and Star Wars franchises) producing it, Warner Bros. and DC Comics have stated that they are reportedly “committed” to finding a Black director for the film.

Names, of course, have surfaced, including Creed II’s Steven Caple Jr., J.D. Dillard (Sleight, Sweetheart) Oscar-winning actress Regina King, who did a spectacular job with the drama, One Night in Miami, and Shaka King, whose Judas and the Black Messiah recently received five Oscar nominations.

Insiders say Warners and DC are committed to hiring a Black director to tackle what will be the first cinematic incarnation of a Black Superman. Directors Barry Jenkins, Steven Caple Jr., J.D. Dillard, Regina King and Shaka King are all possibilities https://t.co/WvWjAwIgCm

The Hollywood Reporter also confirmed that this movie will not be a part of the central D.C. universe. In this version of Superman, Coates will write a different and new perspective on Superman “in the vein of the original Superman comics and will have the protagonist hail from Krypton and come to Earth.” That could make this rendition possibly be a “20th century period piece.”

In addition to this search for a Black director for Warner Bros, theGrio reported that Marvel Studios, which is preparing for the reboot of Blade, wants a Black director to take the helm. She or he will land in an advantageous situation: two-time Oscar winner Mahershala Ali has been enlisted to play the title character made famous in the films by Wesley Snipes.