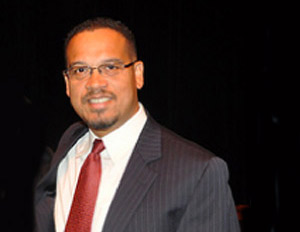 The Senate this week rejected in a vote of 44-56 a Republican plan to cut the federal budget by $57 billion and a Democratic proposal by a vote of 42-58 that would reduce spending by $4.7 billion. Before the votes, the White House issued a policy statement strongly opposing the Republican version, H.R. 1, which the House has already passed.

“If the president is presented with a bill that undermines critical priorities or national security through funding levels or restrictions, contains earmarks, or curtails the drivers of long-term economic growth and job creation, while continuing to burden future generations with deficits, the president will veto the bill,â€ the statement read.

On Friday, the House Appropriations Committee will post on its website proposed cuts for a three-week stopgap measure to replace the one set to expire on March 18 and to reduce government spending levels by $2 billion for each week. Vice President Joe Biden, who was charged by President Obama to lead the budget talks, returns to the U.S. on Friday after a week away. But according to White House press secretary Jay Carney, the White House has been “intensely engagedâ€ in the process and Biden has been in touch with House Speaker John Boehner and Senate Minority Leader Mitch McConnell by phone from Russia.

During the first in a series of House Homeland Security Committee hearings on the so-called radicalization of American Muslims, Rep. Keith Ellison (D-Minnesota) dissolved into tears while recounting the story of Mohammed Salman Hamandi, a 23-year-old paramedic who died on 9/11 while trying to save lives. Ellison was the first of two Muslims to be elected to the U.S. Congress.

“After the tragedy, some people tried to smear his character solely because of his Islamic faith. Some people spread false rumors and speculated that he was in league with the attackers because he was Muslim,â€ he testified. “His life should not be defined as a member of an ethnic group or a member of a religion, but as an American who gave everything for his fellow citizens.â€ Ellison also warned against assigning blame for the actions of a few misguided individuals on an entire group.

Rep. Peter King (R-New York), the panel’s chairman, said the hearing was a “logical response to the repeated and urgent warningsâ€ from the White House about Al-Qaeda‘s attempts to radicalize and recruit disenchanted American youth.

“To back down would be a craven surrender to political correctness and an abdication of what I believe to be the main responsibility of this committee: to protect America from a terrorist attack,â€ King said.

But freshman lawmaker Cedric Richmond (D-Louisiana), who argued during the hearing that the committee should focus on a broad spectrum of radical groups, said in an interview with BlackEnterprise.com: “America’s a lot less safe than it was yesterday. Al-Qaeda promotes propaganda and rhetoric that the U.S. is at war with Islam. I think they’ll [use the hearings] to try to recruit more when in fact we should have focused on radicalism across the board.â€

Witnesses included the relatives of two young adults who were radicalized by extremist Muslims. One is dead and the other is in prison facing charges in the shooting death of a soldier at a recruiting station in Arkansas. The panel also heard from the president of the American Islamic Forum for Democracy and Los Angeles County Sheriff Lee Baca.